Michael Holding criticises England for no longer taking a knee 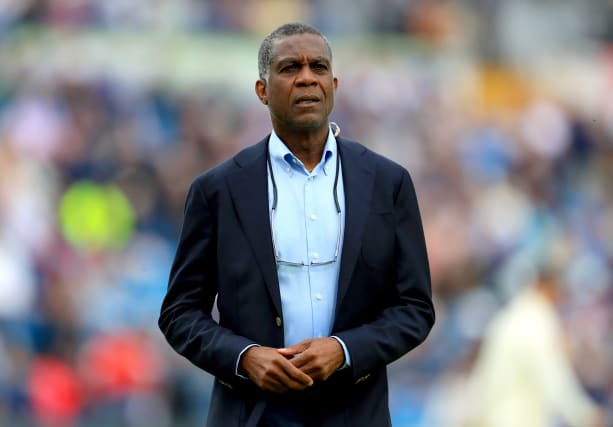 Michael Holding has criticised England’s decision to stop taking a knee before matches and for making “lame” excuses in defending the stance.

The former West Indies pace bowler called for an end to institutional racism in July after describing the problems he had encountered in Australia and England during his playing career.

Holding spoke about the need to bring about meaningful change in society in the wake of the death of George Floyd while in police custody in Minnesota in May.

England and West Indies cricketers, along with officials and backroom staff, took a knee in support of the Black Lives Matter movement at the start of each of July’s three Tests between the sides.

“I’m a little bit disappointed that since the England-Ireland series, when they did take a knee, I haven’t seen any of the teams take a knee,” Holding said on his YouTube channel.

“Now that the West Indies team has gone home, that doesn’t mean that you still shouldn’t be respecting the message and exactly what it stands for.

“If you go back to when taking a knee started and what it stood for, or stands for, it goes back to Colin Kaepernick in America, who took a knee because he wanted to bring attention to the racism and police brutality against people of colour in that country.

“Yes, it is more acute in the United States than in most other places but people around the entire world took on the mantle of spreading the word and getting this message out that it is time for equality and time for equal justice, and all that.

“It was no longer just a black-versus-white thing; it was a matter of humanity coming together and saying ‘listen, we need everyone to be treated equally’.”

Holding accused the England and Wales Cricket Board and Australia captain Aaron Finch of making “lame” statements for ending the practice at a time when many other sports teams remain committed to it.

Finch said before the current white-ball series that – after raising the matter with England skipper Eoin Morgan – his team would not take the knee in a show of solidarity, saying that “the education around it is more important than the protest”.

But Holding said: “So for Pakistan and England not to then take that signal – because you are not doing anything other than going down on one knee – you are not chanting anything, you are not saying anything, all you are doing is making a signal to keep the awareness going.

“Neither team did it and the ECB came out with a pretty lame statement, as far as I am concerned.”

The ECB responded to Holding’s comments, saying: “Many of cricket’s teams, both domestic and international, took the knee in solidarity with the Black Lives Matter movement for their opening games, with the men’s Test team continuing throughout the entire series with the West Indies.

“Our response to the Black Lives Matter debate, has been to view the issue alongside the whole inclusion and diversity space, to ensure that long-term and sustainable change happens for all communities who are not treated equally. We remain committed to this philosophy.

“Our refreshed inclusion and diversity strategy, published at the start of the West Indies series, commits to several comprehensive initiatives that focus on eliminating discrimination from all areas of cricket.

“England’s men’s and women’s players all remain committed to using their reach and influence to keep promoting inclusion and diversity in perpetuity, for the betterment of cricket and sport.

“We understand the importance of symbolism and its power to keep an issue high on the agenda, our goal is to ensure we deliver both reach and change.

“The ECB’s work is ongoing in this space, alongside all of our partners across the game. We will continue to update, share our progress and be accountable for driving critical change for all those who do not currently feel as if cricket is a game for them.”