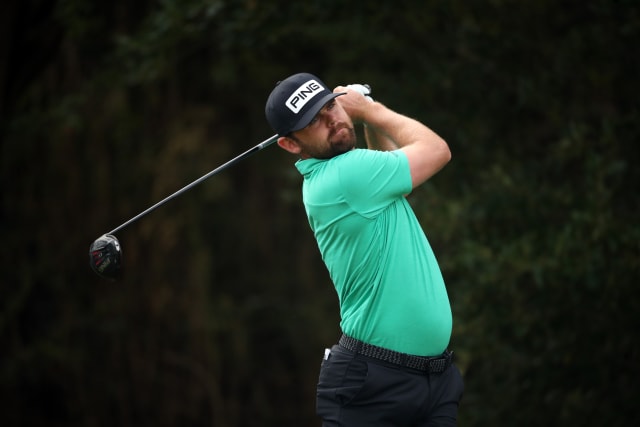 Scotland’s Liam Johnston revealed he was blissfully unaware of his opportunity to card only the second 59 in European Tour history after setting a blistering pace at the Portugal Masters.

At the same venue where Oliver Fisher made history in 2018, Johnston went to the turn in 31 before firing five birdies in his next seven holes to leave him needing an eagle-birdie finish to break the magical 60 barrier.

The 27-year-old from Dumfries found the green in two on the par-five 17th, but left his eagle attempt short of the hole and was unable to find an unlikely two on the difficult par-four 18th.

A 10-under-par 61 beat his previous lowest score on the European Tour by six shots and gave Johnston a one-shot lead over France’s Julien Guerrier on a day of typically low scoring at Dom Pedro Victoria Golf Course in Vilamoura.

“I had no idea,” Johnston said when asked if a 59 had been in his sights. “I thought it was a par 72, but I was obviously trying to hole the putt on 17 for eagle but left it a little bit short before making a nice par on the last.”

“I told my coach that I was swinging it as good as I have. My game feels as it is really trending in the right direction and, more importantly, I have really improved mentally. I wouldn’t say I felt a round like this has been coming, but I have been playing well.

“With the rough out there it was nice to keep the bogeys off the card. I saved well when I needed to, holing a lot of good putts out there, and I am delighted with the 10 birdies.”

“I think this is my fifth time playing here and the biggest shame is there is usually quite a big cohort from Bath who come and watch,” Canter said.

“I’ve got a couple of really good mates that come along, they come along every year and they love it so they’ll be gutted, especially as I’ve started playing all right.”

Pre-tournament favourite Tommy Fleetwood carded a three-under-par 68 containing five birdies and two bogeys, the last of which came following an uncharacteristic hooked drive into the water on the 18th.

“The back nine was probably the best I’ve hit my irons for a long time,” Fleetwood said.

“I practised putting late last night and the green was burnt to a crisp and I think that put me off a little bit. I thought they were going to be rapid and at times I was a little bit weak with my pace.

“Overall I was happy. I had a dodgy spell and then started hitting it well and had chances. The course is a different test to what it’s always been. I drove it great, ignoring the one on the last, and gave myself a lot of chances.”