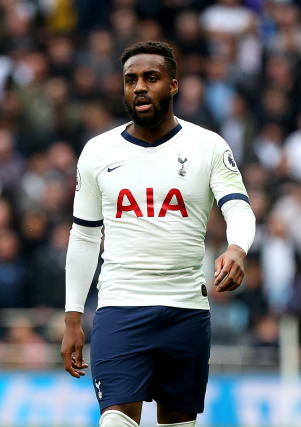 Danny Rose is close to ending his Tottenham nightmare with a surprise move to Genoa.

The PA news agency understands the left-back is primed to join the Serie A side.

Rose has a year left on his deal at Spurs but whether the move to the Stadio Luigi Ferraris is on loan or permanent is still unclear.

Genoa finished fourth from bottom of Serie A last season, four points above the relegation zone.

Serie A rivals Cagliari had been linked with a move for the 29-cap England international but Rolando Maran’s side appear to have won the race.

Rose has little future at the Tottenham Hotspur Stadium and has been training with the club’s under-23s ahead of the start of the new Premier League season.

He spent the second half of last term on loan at Newcastle, making 13 appearances, and has not played for Spurs since their 1-0 defeat at home to Liverpool in January.

The former Leeds trainee was also filmed arguing with boss Jose Mourinho in Amazon Prime Video’s ‘All or Nothing’ documentary series.

He questioned why others were being picked ahead of him and wanted to train at home.

Rose said to Mourinho: “How I’m being treated… I was very excited when you came as manager but if you don’t want me to play, I’d rather you just told me now and I’ll stay at home, gaffer. I’ll train at home.

“I play once every four weeks, do you want me to be man of the match and give my best performance when I play one game every three or four weeks? The defence has kept two clean sheets. They play every game. It’s not fair.”