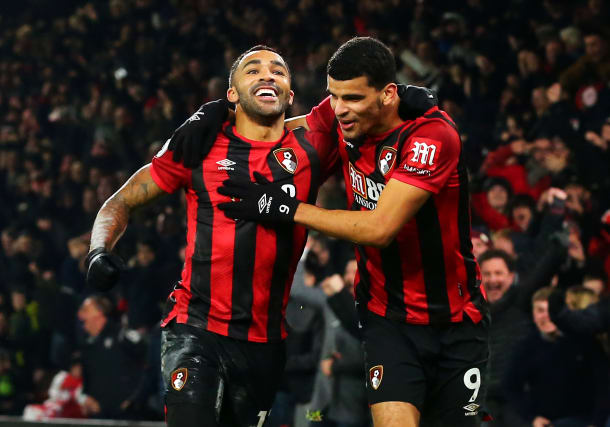 Callum Wilson is determined to join the Premier League’s 100 goals club and help drive “sleeping giant” Newcastle to the upper echelons of the top flight.

The 28-year-old striker completed his £20million switch to Tyneside earlier this week and could make his debut for the club in the season’s opener at West Ham on Saturday, and he will do so with individual and collective objectives in mind.

Asked what would represent success during the four-year duration of his contract, Wilson said: “I have 41 Premier League goals, so for me, the 100 club is massive. That is a massive carrot there to get into that in four years.

“That is where I’d like to be at the end of my career, 100 Premier League goals and join that exclusive club. That is something to treasure for life. Scoring goals here is massive and I need another 59, so I guess that is the aim as an individual.

“From a team point of view, the club is a sleeping giant. It has massive potential.

“There are two leagues in the Premier League. You have the top six, and the teams below that. Some years the six, fifth place is achievable.

“You have to set your ambitions and aims high or there is no point doing it. I don’t think anyone will say they are happy finishing 10th, 12th, or even ninth. You don’t gain anything from that.”

The Brazilian will retain the famous number nine shirt – Wilson will wear 13, the number he took at Bournemouth – but the newcomer is well aware of the mantle he is attempting to take over with Alan Shearer, Andrew Cole and Les Ferdinand three of the 29 men to date to have reached three figures in the Premier League.

He said: “You’re playing for the badge on the front of the shirt, not the number on the back.

“If you look, historically strikers have done well at this club and I want to be part of that. Look at the names they have had here in the past – Ferdinand, Shearer…

“If you get off to a good start, you score goals, you work hard, the fans will be on your side and that’s all you can ask for. They obviously demand the highest from their strikers and I thrive off that.”