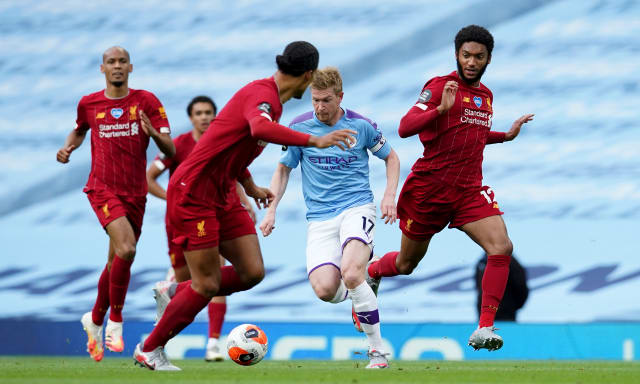 Here, the PA news agency picks out some of the talking points.

The big kick-off will come with games once again played behind closed doors due to coronavirus restrictions. Football is certainly not the same without fans and it remains to be seen when they will be allowed to return. In the meantime it is back to the TV and the fake crowd noises. At least we now know all games will be covered until at least the end of the month.

It’s going to be hectic

The impact of the pandemic means changes have been made to the fixture schedule, notably the cancellation of the Premier League’s winter break, FA Cup replays being scrapped and the Carabao Cup semi-finals reduced to one leg. The campaign is kicking off five weeks late after the end of last season was delayed by lockdown but it is planned that time will be made up with a more condensed programme. Those clubs involved in Europe face the prospect of playing every three days even more frequently.

Race to the top…

Despite Liverpool’s runaway success last season, Manchester City are the pre-season favourites to reclaim the title. Recent seasons have illustrated how important a fast start is and City certainly have the friendlier-looking fixture list over the opening weeks, leading up to the first meeting of the likely main challengers at the Etihad over the weekend of November 8. Throw in an improving Manchester United and Chelsea and it could well be a title race to savour.

…and to beat the drop

Newly-promoted West Brom and Fulham are the bookies’ candidates to go straight back down, while the usual suspects like Brighton and Burnley are tipped to struggle. But if Crystal Palace’s post-lockdown form is anything to go by they could find themselves in trouble, while West Ham have a nasty run of opening fixtures which might pre-empt another difficult season at the London Stadium.

For 16 years nobody’s second-favourite team have been Marching On Together around the outposts of the Championship and League One, but now Leeds are back. Nevertheless, Marcelo Bielsa’s arrival in the Premier League should be fascinating. The renowned high press, the intensity, the pitchside bucket and a renewal of hostilities with his spygate nemesis Frank Lampard are just some of the things to look forward to.

Yes, it’s still here. There have been one or two subtle tweaks, with the system brought into line with FIFA guidance and referees being encouraged to use the pitchside monitors more than they did last season. But the ‘armpit’ offsides that infuriated fans and players alike remain in place.