US Open day 10: Serena Williams and Dominic Thiem power through in New York 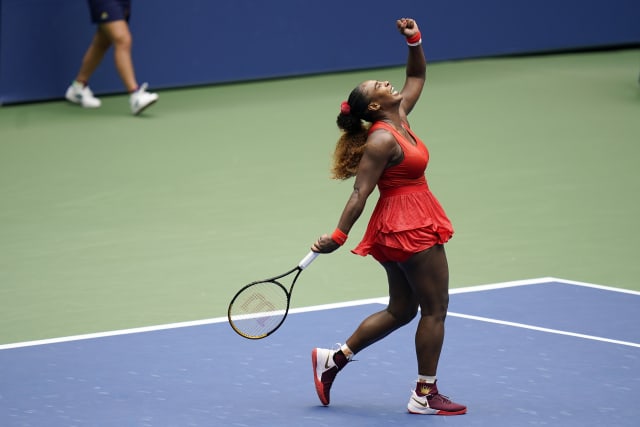 Serena Williams took another step towards that elusive record-equalling 24th grand slam title after coming from behind to beat Tsvetana Pironkova and reach the US Open semi-finals, where she will face former world number one Victoria Azarenka.

Here, the PA news agency looks back at day 10 at Flushing Meadows.

Andrey Rublev let his suspect temperament get the better of him in his quarter-final defeat to Medvedev.

Williams paid tribute to her fellow mother Pironkova, who pushed the American to the limit in her first tournament in three years. Another mum, Azarenka, awaits after she beat Elise Mertens.

Medvedev painting the lines with a pinpoint winner.

Performance of the day

Azarenka, who was world number one eight years ago, rolled back the years by dismantling Mertens 6-1 6-0 in just 73 minutes. Mertens, the 16th seed, did not even manage a hold of serve.

Azarenka is bidding to become only the second former US Open girls’ singles champions to win the women’s singles title. Lindsay Davenport remains the only player to do so, winning the junior title in 1992 and the big one six years later.

Never mind the power outage which briefly delayed play in the first set between Medvedev and Rublev: the courtside suit star – believed to be a catering official – was back with another dazzling display of sartorial excess.

Miss of the day

Thiem hit a serve so far long he felt compelled to challenge it himself after it was called in. Somehow the line judge and chair umpire both missed it. Thiem went on to win in three sets.