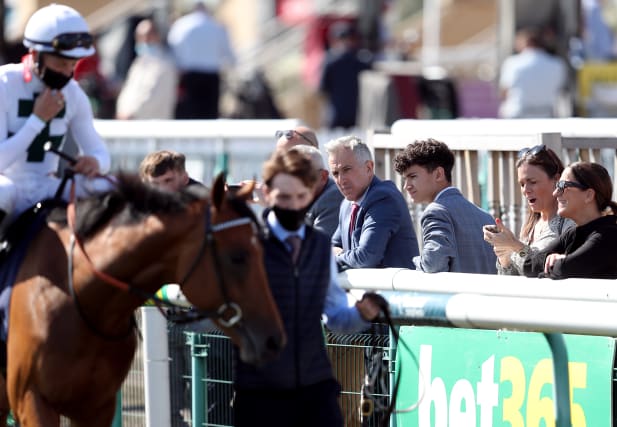 Sport pilot events in England scheduled for the rest of September look set to be halted as coronavirus restrictions are tightened nationwide.

Officials from Doncaster racecourse announced that following Wednesday’s trial with crowds at the St Leger Festival, the remainder of the meeting will take place behind closed doors.

It comes as the government moved to ban gatherings of more than six people in England from Monday in response to a rise in Covid-19 cases to levels last seen during the national lockdown.

The St Leger was one of a number of events confirmed as pilot events for spectators back on August 26, in the lead-up to a planned wider return of sports spectators on a socially-distanced basis from October 1.

Prime Minister Boris Johnson is holding a media briefing at 4pm, where it is anticipated he will provide further details on how the government plan to tackle the rising number of cases.

Today’s racing was the first to allow in spectators since March.

Other scheduled pilot events are a Women’s Super League football match between West Ham and Arsenal on Saturday, football’s non-league finals day on September 27, race meetings at Warwick and Newmarket on September 21 and 24 respectively, a basketball exhibition match in Newcastle on September 18 and a speedway event in Ipswich on September 26.