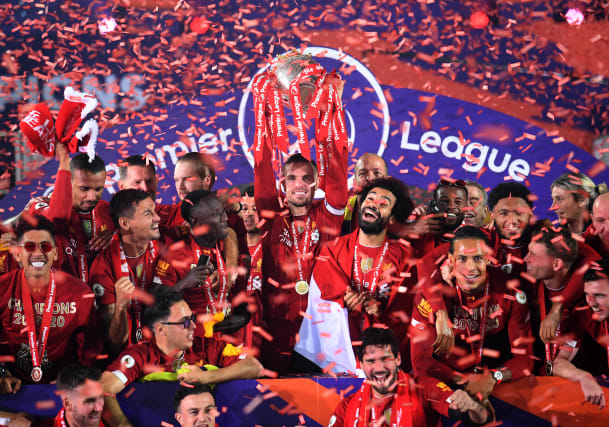 Liverpool kick off the defence of their Premier League title at home to Leeds on Saturday.

It has been less than seven weeks since their championship-winning campaign ended and there has been little time for major changes after a shortened off-break curtailed pre-season.

Here the PA news agency looks at home Jurgen Klopp’s side are shaping up as they look to become only the fourth club after Manchester United, Manchester City and Chelsea to win back-to-back titles in the Premier League era.

For two seasons Klopp has stuck with the same core group of players and has been rewarded with a success in Europe and at home. While there is a school of thought that clubs should add to their squad from a position of strength Klopp favours the adage ‘If it isn’t broke, don’t fix it’. He has been lucky with injuries – the same 10 players have racked up the most Premier League minutes in each of the last two seasons – which means he has been able to pick Mohamed Salah, Roberto Firmino and Sadio Mane up front and regularly the same three out of his back four virtually every week. It means his only rotation comes in midfield, where Fabinho provides the anchor for others to fit in around him.

Liverpool are behind their top-six rivals in terms of signings with the £11.75million signing of Olympiacos left-back Kostas Tsimikas maintaining their recent policy of making minor, low-cost acquisitions. While he offers some much-needed support for left-back Andy Robertson there is arguably a need for another senior central defender as cover after the sale of Dejan Lovren. Klopp retains an interest in Bayern Munich midfielder Thiago Alcantara but it would require a departure – with Georginio Wijnaldum heavily linked with Barcelona – for there to be any movement on that front. A number of fringe players (for example: Harry Wilson, Marko Grujic, Xherdan Shaqiri, Divock Origi) are available for sale.

Two unbeaten friendlies in Austria against Stuttgart and Red Bull Salzburg were followed by a Community Shield defeat to Arsenal on penalties with the Reds’ final warm-up game a 7-2 victory over League One Blackpool. The players who appear to have stood out most have been midfielder Naby Keita, who is still waiting to make a major impact on a season after two injury-affected campaigns, and Takumi Minamino, who benefited from the three-month hiatus because of the coronavirus pandemic soon after his January arrival and has kicked on after the short summer break.

For all the attacking threat of Salah and Mane centre-back Virgil Van Dijk remains, in isolation, the main man for the Reds. The Holland captain played every minute of every Premier League match last season as the champions finished with the best defensive record for the second successive year. Van Dijk exudes calm and quality, which in turn has a positive effect on the rest of the side. Salah and Mane will again be expected to weigh in with the majority of goals, having contributed 81 between the over the last two seasons. Full-backs Trent Alexander-Arnold and Robertson are the main creative outlets, providing 48 assists over the previous two campaigns.

Manchester City have been made favourites ahead of the start of the season but there is not a lot in it between Pep Guardiola’s side and Liverpool, with Chelsea a distant third. However, the regularity of top-quality performances Klopp has managed to get his players to reproduce has seen them amass 99 points to win the title following a record 97 for their second-place finish prior to that. Just four defeats in that period – two of those coming after last season’s restart – highlight a metronomic consistency which the Reds boss will expect to see again as he seeks to maintain the high benchmark which they have set themselves. Everything points to another tight race between the two north-west rivals.