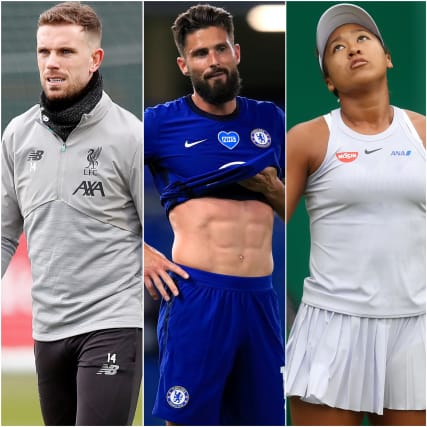 Here, the PA news agency looks at some of the best examples from September 9.

Liverpool made sure their followers did not miss the news that Trent Alexander-Arnold was awarded the young player accolade.

And then finally got into training.

Aston Villa and Ollie Watkins finally got the job done.

Before going after Arsenal’s rivals Tottenham.

What a decade for Conor Coady!

Raheem Sterling is itching to get back out there.

Jordan Pickford enjoyed his time with the Three Lions.

Andy Carroll dined with the Cherries.

Big news for the Ferdinands.

Olivier Giroud has written a book.

Fernandinho is ready to go.

Stuart Broad was riding the waves.

The best T20 batsman in the world!

Chris Jordan was satisfied with another series win.

Former Australia coach Darren Lehmann has made some changes.

Naomi Osaka continued to highlight issues of racial injustice as she marched into the US Open semi-finals.

Max Verstappen worked hard ahead of this weekend’s trip to Mugello.

While Daniil Kvyat looked forward to his visit to the track.

Conor McGregor was hard at it.

Nicola Adams bigged up her mates.

Wayne Mardle had a fright.