5 things we learned from England’s Twenty20 series against Australia 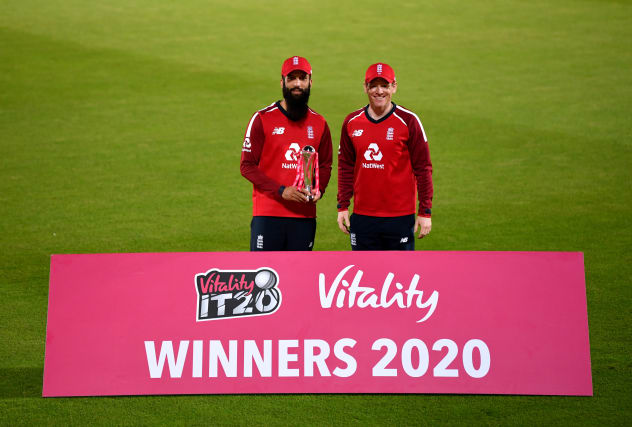 England kept up their winning run this summer with a 2-1 success over Australia in the three-match Twenty20 series. The hosts spent two days as world number ones in the format before being leapfrogged again by their rivals but would have stayed at the summit had they managed to seal a whitewash.

Here, the PA news agency looks at the key lessons they can take from the contest.

The fact that there was barely a glimmer of opposition to Stuart Broad’s recent assertion that Jos Buttler was the country’s greatest ever white-ball player speaks volumes of his importance to this side, but there has been a debate within the debate. Put simply, the 30-year-old is arguably England’s best top-order option and their best finisher. He has been used more in the latter role – heading up the innings just 11 times in 71 matches, but his expertly judged 77 not out in the second match surely settled the matter. At his best, there is no reason why he cannot start the innings and see it through. His absence from the final match made all the difference.

When England won the World Cup on home soil last year, leg-spinner Adil Rashid was more of a supporting act than a leading man but next time there is silverware on the line expect him to be thrust to the fore. With this year’s T20 World Cup in Australia postponed, the tournament will next be contested on the turning tracks of India next October. Rashid was England’s most economical bowler against Australia – going at just 6.25 an over – and took more wickets than any bowler from either side, with six. His ripping googly to dismiss Aaron Finch was a reminder that he is their X-factor option when there is spin to be found.

Pace pair must be managed well

The sight of Mark Wood and Jofra Archer pushing each other consistently past the 90mph mark was a mouth-watering sight, exposing a couple of chinks in the Australian armour. Few England captains in any format have the option now available to Eoin Morgan, namely to terrorise the opposition without outright pace – in the shortest format quick bowlers can also be costly ones. There is a little more tinkering to be done around how and when to best use the duo through the innings, and both might need to work on variation as well as velocity, but the signs are positive.

Depth chart has been challenged

Any side in the world would feel the pinch when denied access to a quartet of players as strong as Jason Roy, Buttler, Ben Stokes and Morgan – as England were for their defeat in the series closer. There has long been a belief that the selectors have ready-made reserves who can step up to the highest level, but the difficulty of stepping into those illustrious shoes has been proven. Sam Billings is a versatile option but, at 29, is seeking to define his role, while Joe Denly has not offered enough to prove he has a meaningful future in the side. Tom Banton has real promise but will be chastened by his experiences over the past week – 12 runs in three knocks at a strike-rate of 60. There are still opportunities for one or two to break into this high-performing unit.

Inclusive England a lesson to all

As Yorkshire begin the process of investigating the racism claims of former player Azeem Rafiq and with the experiences of other black or Asian cricketers in the spotlight, England’s one-day team remains a perfect example for others to follow. All backgrounds are welcomed, empowered and understood, with Morgan frequently extolling the virtues of blending different characters and life experiences. Rashid has never looked more at home than in this side, Barbados-born duo Chris Jordan and Archer thrive in the environment and on Tuesday Moeen Ali became England’s first Muslim captain. All of this should not seem remarkable but there are too many reminders that it is not yet a given.