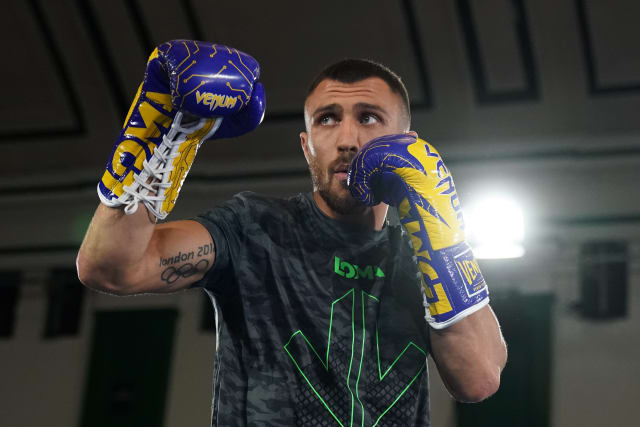 Vasyl Lomachenko, recognised by many as the world’s best pound-for-pound fighter, will take on Teofimo Lopez on October 17 at the MGM Grand Hotel & Casino in Las Vegas.

Lomachenko holds the WBA and WBO lightweight titles and has been elevated to ‘franchise’ champion with the WBC, but the Ukrainian faces a stiff test against the undefeated Lopez, who is in possession of the IBF crown at 135lbs.

The Ukrainian, a three-weight world champion, has not fought since defeating Luke Campbell at London’s O2 Arena in August last year, when he took his record to 14 wins in 15 professional contests.

The build-up to that contest was notable for the respect each fighter showed the other beforehand and afterwards, but Lomachenko revealed he has grown tired of his next opponent’s taunts in the last couple of years.

“Teofimo Lopez can talk all he wants,” Lomachenko said. “He’s very good at talking. He has done nothing but say my name for the past two years. I am a fighter, and my goal is to win another world title.

“When we fight in Las Vegas, he will eat my punches and his words. I will be the better man, and four world titles will come home with me to Ukraine.”

The brash Lopez became world champion and moved to 15-0 in his native New York last December when he stopped the highly-rated Richard Commey in just two rounds, elevating the American’s reputation as a fearsome puncher.

He said: “I will beat up Lomachenko and take his belts. Simple as that. I’m coming to Las Vegas to make history. I don’t like the guy, and I’m going to have fun as Lomachenko’s face is beaten and marked up by my hands.”