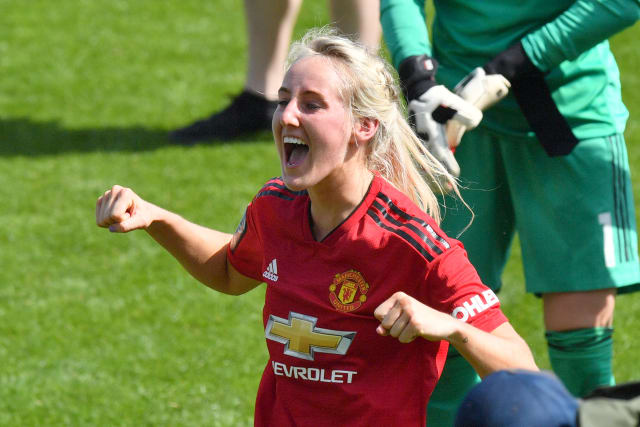 Manchester United have announced defender Millie Turner has signed a new contract with the club.

Turner, who joined the newly-launched United in 2018 after leaving Bristol City, has committed to the Red Devils to the end of the 2021-22 season and the deal includes an option for a further year.

The news comes on the same day that the 24-year-old received her first call-up to the senior England squad as part of the 30-player party for this month’s training camp at St George’s Park.

Turner said on manutd.com: “I’m so happy to be signing a new contract. The club is like family and I want to thank Casey (Stoney, the United manager) and the staff for believing in me.

“Making my 50th appearance at the weekend (in the 1-1 draw with Chelsea) was such a proud moment for me, it’s a huge honour every time I pull on the shirt and I hope it’s just one of many milestones I can achieve here.”

Stoney said: “Millie has been a solid figure in our back line for the last couple of years and I’m so pleased she has extended her stay with the club.

“She is always pushing herself and others and, aside from her obvious talent on the pitch, she is such a positive character to have in our environment and that really has an impact throughout the team. She has a fantastic work rate and attitude, and I’m looking forward to continuing our work with her.”

Novak Djokovic vows not to hide his emotions in Paris