How England’s debutants fared in Nations League draw with Denmark 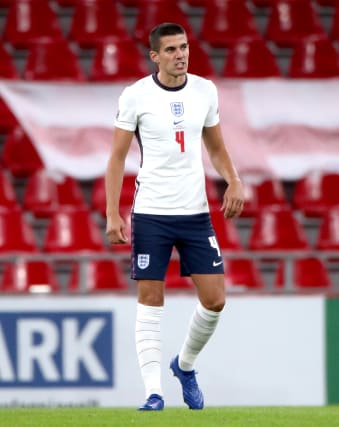 Jack Grealish and Ainsley Maitland-Niles also picked up their first caps off the bench and here, the PA news agency’s Simon Peach gives a rundown of their performances in the Group A2 clash.

Tuesday was a momentous occasion for the midfielder and his club, with Phillips becoming the first Leeds player to win an England cap since Alan Smith in March 2004. You have to go back a further nine months to find the West Yorkshire club’s last starter and thousands of extra eyes will have been watching the Copenhagen clash after the 24-year-old was confirmed in Southgate’s XI.

Known affectionately by Leeds fans as ‘the Yorkshire Pirlo’, Phillips replaced James Ward-Prowse in midfield alongside Declan Rice. An out-and-out defensive midfielder at club level, he broke things up well in midfield and, despite never having played a top-flight game, did not look of his depth. He tracked runners and did his job diligently but the midfield sorely lacked creativity.

The Wolves captain’s family thought his wife was pregnant when he told them he had exciting news following his maiden England call-up. Coady’s inclusion was a clear indication that Southgate wanted another look at the back three that served his side so well at the 2018 World Cup. The call-up was just rewards for the 27-year-old given his fine displays at Wolves, becoming the first Wolves player to start for England since club great Steve Bull in 1990.

Coady is a vocal presence at the heart of the back three at club level and continued in that role with his country. Having roused the troops before kick-off, he gave positive reinforcement to his team-mates and almost acted as an on-field coach. Coady produced some nice diagonal passing from the back and looked at home on his Three Lions debut.

Aston Villa’s skipper had to wait until the 75th minute to be given his first outing in an England shirt – replacing Phillips as Southgate added further attacking intent in the shape of the 24-year old.

Like Coady, Grealish was added to Southgate’s initial England squad having not made the initial cut, but after switching international allegiance from the Republic of Ireland in 2015 he will have been happy to collect his first cap.

Fine performances for Arsenal in the FA Cup semi-final win over Manchester City and the victory against Chelsea in the final – plus a man of the match display in the Community Shield a week ago – saw the versatile Gunner drafted in as another late call-up.

Those displays all came at left wing-back but he was drafted on for the closing stages on the opposite side of the pitch but barely saw the ball after his 87th-minute introduction.