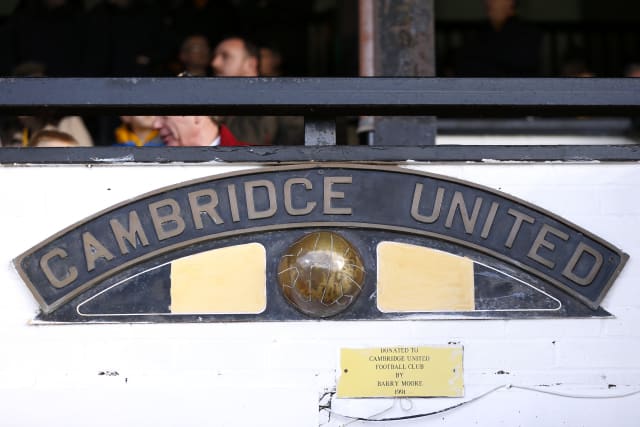 Cambridge beat Fulham Under-21s 2-0 in the EFL Trophy at the Abbey Stadium as fans were allowed to attend a competitive fixture in England for the first time in six months.

Cambridge had been chosen to host two games as part of the government and EFL’s pilot scheme, with 2,500 fans allowed for Saturday’s opening Sky Bet League Two game against Carlisle.

Knowles fired home direct from a 24th-minute free-kick, low into the bottom corner.

Cambridge should have doubled their lead just before half-time when Ryan De Havilland was caught on the ball, leaving Andrew Dallas clear on goal, but his shot was cleared off the line after he had gone round the goalkeeper.

The home side put the result beyond doubt in the closing stages when substitute Mullin applied an emphatic low finish from 18 yards.

Cambridge have previously been part of a joint project by the EFL and the Sports Grounds Safety Authority (SGSA) that looked at the safe application of social distancing at football grounds.

A crowd of 2,500 attended Brighton’s 1-1 friendly draw against Chelsea at the Amex Stadium last month in a game which was also used as a test event by the SGSA and Department of Culture, Media and Sport.