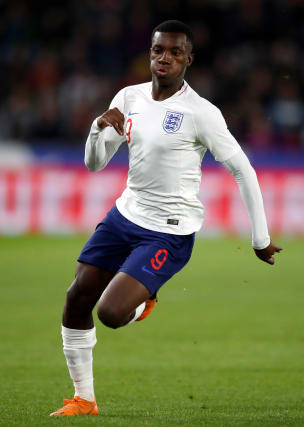 Eddie Nketiah scored his seventh goal in three games for the Young Lions in the first half and skipper Ben Godfrey added a second five minutes after the break.

Austria striker Patrick Schmidt fired home for the hosts on the hour-mark, but Aidy Boothroyd’s side saw the game out to maintain their 100 per cent qualifying record.

Nketiah, who fired a 10-minute hat-trick in the Young Lions’ 6-0 thrashing of Kosovo last Friday, went close with an early header from Ryan Sessegnon’s cross.

Oliver Skipp’s effort was blocked before Nketiah opened the scoring in the 27th minute as he ran clear and produced a composed right-footed finish from the edge of the area.

Sessegnon’s effort was well-saved early in the second period, but England doubled their lead soon after when Godfrey ghosted in at the far post to slide home his first goal for his country following Callum Hudson-Odoi’s corner.

Austria, who began the day in second place, hit back to raise their hopes in the 60th minute when Hannes Wolf teed up Schmidt following the winger’s mazy run into the box.

Chances were few and far between as England remained well-disciplined and organised in the closing stages.

Boothroyd’s side were given a late scare when Marco Friedl curled his free-kick from the left edge of the area just wide of a post.

England goalkeeper Aaron Ramsdale was forced into a diving catch in the dying moments from Wolf’s dangerous cross.