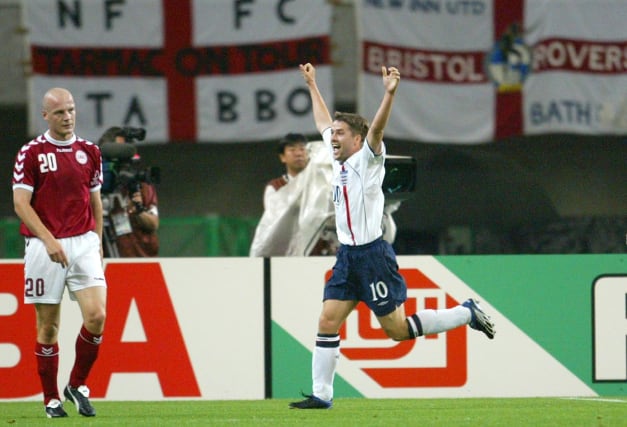 England complete their Nations League double-header by facing Denmark in Copenhagen on Tuesday.

Here, the PA news agency looks at some of the previous meetings between the sides.

England suffered their first ever loss to the Danes in this Euro 84 qualifier at Wembley. The goal came towards the end of the first half when the ball struck Phil Neal’s arm in the box and Allan Simonsen put the resulting penalty past Peter Shilton. Bobby Robson’s men subsequently missed out on the tournament in France, with Denmark ending up a point clear of them at the top of their group.

The opening match of England’s campaign at the Euro 92 finals in Sweden saw them held by a Denmark outfit who were only at the tournament as emergency stand-ins for Yugoslavia, and famously went on to claim the trophy. The Three Lions were almost condemned to defeat late on in Malmo as John Jensen hit a post – Graham Taylor’s side then crashed out after another goalless draw, with France, and a 2-1 reverse against the hosts.

Sven-Goran Eriksson’s England moved into the World Cup quarter-finals after scoring three times in the first half against the Danes in Niigata. Thomas Sorensen fumbled Rio Ferdinand’s header into his own net early on before Michael Owen and Emile Heskey added finishes. The high of the win was followed by disappointment six days later with defeat to Brazil in the last eight.

England conceded three times in seven second-half minutes in the Danish capital en route to their worst loss in 25 years. Dennis Rommedahl opened the scoring in the friendly on the hour mark and efforts from Jon Dahl Tomasson and Michael Gravgaard swiftly followed. Wayne Rooney pulled a goal back in the 87th minute before Soren Larsen made it 4-1 in stoppage time. Eriksson afterwards described the second half as a “disaster.”

The most recent encounter between the teams, also a friendly, was settled late on by a header from Daniel Sturridge. The forward connected with a cross from substitute Adam Lallana in the 82nd minute of the Wembley contest. It was the final game for Roy Hodgson’s England before he named his squad for that summer’s World Cup in Brazil.