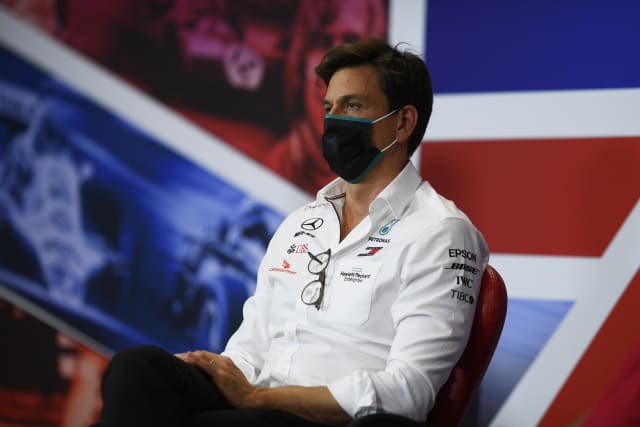 Toto Wolff has dropped another hint that his tenure as Mercedes team principal could draw to a close at the end of the year.

Wolff, the Austrian who has overseen five of Lewis Hamilton’s six world championships, has fewer than five months to run on his current contract. Hamilton’s Mercedes deal is also up for renewal at the end of the year.

Hamilton, 35, is almost certain to extend his stay with the sport’s all-conquering team, but Wolff’s future continues to hang in the balance.

Wolff controls Mercedes’ motorsport programme across all disciplines and owns a 30 per cent stake in the Formula One team. His wife, Susie Wolff, runs Mercedes’ Formula E programme.

But a restructuring of Mercedes’ F1 operation, could see Wolff relinquish, or adapt, his role of team principal in 2021.

Despite Hamilton finishing only seventh at the Italian Grand Prix, Mercedes are on course to complete the drivers’ and constructors’ championship doubles for an outstanding seventh straight campaign.

“I love this team, I have a fantastic relationship with [Mercedes chairman] Ola Kallenius and this is my place,” said Wolff. “But it is just that eight years as a team principal is taking its toll and it is something I am reflecting on.

“It is important to take the right decision for my family or myself, but you can be sure I will be involved in this team in one way or another.”

Hamilton will head into Sunday’s Tuscan Grand Prix at Mugello, the ninth race in just 11 weeks, with a 47-point lead over team-mate Valtteri Bottas.

Hamilton was dealt a 10-second-stop-and-go penalty during the chaotic race at Monza to clear the way for Pierre Gasly to claim his maiden grand prix win.

Gasly later revealed he received a congratulatory phone call from France’s President Emmanuel Macron after he became the first French driver to win a grand prix in 24 years.

Mercedes have won six of the eight rounds this year, and have had one of their cars start from pole at every race.

“I would like to have this record and say we won every race, but Formula One would suffer a great deal,” added a magnanimous Wolff.

“We all need races where the pecking order is different and new faces appear on the podium.

“I like this shaking up of the order and while Mercedes lost Sunday’s race, the sport won, and that is what is important for Formula One.”