Own goals during the coronavirus pandemic 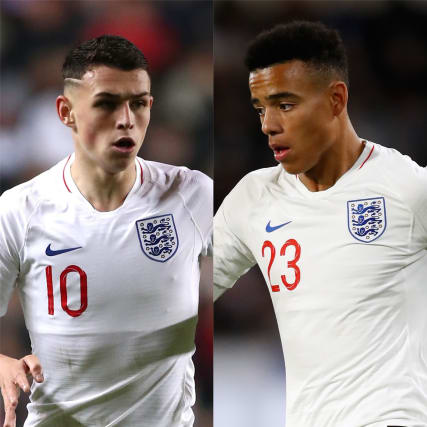 It is the latest in a string of own goals in football since the pandemic started. Here, the PA news agency looks at the high-profile ones.

Police were called to the Dickens Heath area of Solihull to reports that a Range Rover had crashed into two parked cars, with pictures emerging online of the Aston Villa midfielder in slippers and a bright blue hoodie. Grealish later said he was “deeply embarrassed” after he “stupidly agreed” to go to a friend’s house – less than a day after launching a video appeal for people to stay at home during the Government-enforced lockdown.

The Manchester City and England full-back said sorry after it was widely reported he held a party at his home, with the threat of disciplinary action following as his club promised an “internal disciplinary procedure”. Like Grealish, he had earlier urged the public to follow the Government advice.

Tottenham’s players were spotted flouting social distancing rules as Jose Mourinho was seen working in a Barnet park with Tanguy Ndombele. Davinson Sanchez Ryan Sessegnon were also caught by a social media user running side by side around the same park. The club, who also reversed their decision to furlough staff following a backlash, underlined the Government’s Covid-19 regulations to their players.

Tottenham’s Aurier posted a picture during lockdown with a hairdresser. The 27-year-old right-back shared a snap on Instagram showing off his new looks and tagging the stylist – barber Justin Carr – in his post. He had previously posted a video of himself on Instagram jogging alongside another person. The defender was then forced to apologise soon after when he uploaded another Instagram Story of him training with team-mate Moussa Sissoko before deleting it.

Liverpool did the same as Spurs. The Premier League leaders, who in February announced pre-tax profits of £42million for 2018-19, furloughed some non-playing staff before performing a U-turn on the decision, with chief executive Peter Moore admitting they came to the “wrong conclusion”. Bournemouth also followed suit.

Arsenal spoke to David Luiz, Alexandre Lacazette, Nicolas Pepe and Granit Xhaka after they were pictured flouting Government guidelines on social distancing. Luiz and Xhaka were seen meeting up in a park in north London, a video emerged of Pepe playing football with his friends, while Lacazette was pictured getting too close to a man valeting his car on his drive.

Everton labelled Kean’s actions “unacceptable” after he filmed himself partying at home with guests in a breach of social distancing regulations. The Toffees said in a statement: “Everton Football Club was appalled to learn of an incident in which a first-team player ignored Government guidance and club policy in relation to the coronavirus crisis. The club has strongly expressed its disappointment to the player and made it clear that such actions are completely unacceptable.”

Manchester United reminded Rojo of his responsibilities after the defender was filmed appearing to flout Argentina’s lockdown rules. The 30-year-old, on loan at Estudiantes, was seen playing cards and smoking with friends in his homeland, where president Alberto Fernandez had recently extended lockdown.

Gibbs-White was pictured on Snapchat apparently attending a party in London. Wolves said they were dealing with the matter internally. In March, the midfielder urged people to stay inside, writing on Instagram: “Please stay at home and only go out if it is completely necessary. Now is the time to self-isolate, social distance and do our bit to support the NHS. They stay at work for us – let’s stay at home for them.”

Foden and Greenwood, who made their England debuts in the Nations League opener against Iceland, were sent home after breaching coronavirus protocols. Manager Gareth Southgate said on Monday that the Manchester City midfielder and the Manchester United forward would not be travelling from Reykjavik to Denmark for Tuesday’s Nations League match.