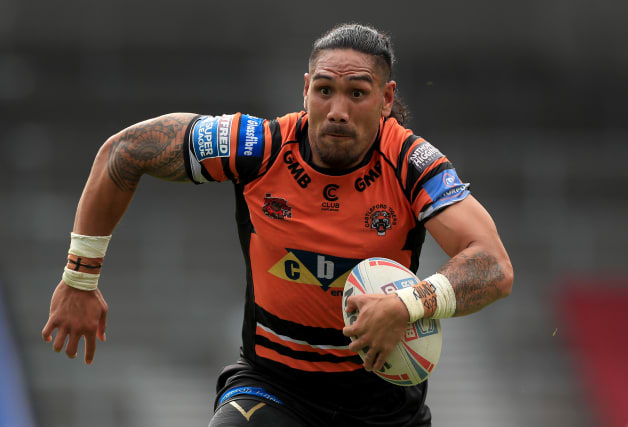 Castleford prop Jesse Sene-Lefao has been stood down from selection and training due to track-and-trace protocols as coronavirus continues to wreak havoc within rugby league.

The club confirmed the development in a brief statement in which they said the 30-year-old New Zealander would be the subject of an internal investigation.

The Super League match between Catalans Dragons and Wigan is set to go ahead this weekend despite a Warriors player testing positive for Covid-19.

The player tested positive after Wigan’s 34-18 defeat to Hull KR on Thursday and is self-isolating.

Hull KR’s trip to St Helens on Friday is also set to go ahead as planned.

A Super League statement said test and trace has been conducted since the Warriors player’s positive test and Wigan and Hull KR players will have further tests on Monday.

Catalans Dragons – who welcome Wigan to the Stade Gilbert Brutus in Perpignan on Saturday – and Wakefield have returned a full set of negative tests following their latest round of Covid-19 testing.

Both clubs are cleared to return to training this week, with Wakefield set to visit Hull FC on Thursday.

With a Wigan player testing positive it means more than half the 11 Super League clubs have had players test positive.

Ligi Sao will miss Hull FC’s clash with Wakefield after being handed a one-match ban for a dangerous tackle on Warrington half-back Declan Patton during Friday’s match at Headingley.

An investigation is still ongoing into a biting allegation against Patton, after early footage proved inconclusive.

Wigan prop Ben Flower has been given a two-match suspension for dangerous contact on Hull KR forward George Lawler.