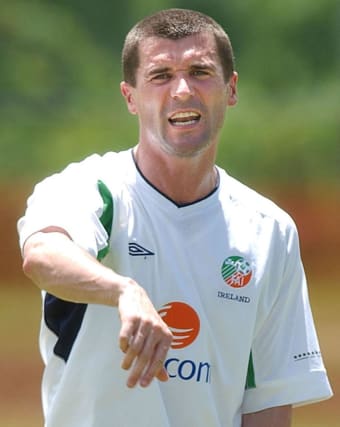 Phil Foden and Mason Greenwood have been sent home from the England camp ahead of Tuesday’s match against Denmark.

The pair will not be involved in the contest in Copenhagen after breaching coronavirus guidelines.

Here, the PA news agency looks at some other players to have been sent home early from international duty.

The West Brom man was sent home from the 1978 World Cup in Argentina by the Scottish Football Association after failing a drugs test. He fell foul of FIFA’s early doping procedures after taking hay fever tablets before their 3-1 defeat to Peru. He was a last-minute replacement for Archie Gemmill to do a urine test but failed and was quickly sent home.

Maradona was booted out of the USA 94 World Cup after failing a drugs test before Argentina’s final group game with Bulgaria. Having previously led the team to the title in 1986 and to the 1990 final, where they lost to West Germany, Maradona scored in a 4-0 win over Greece before failing the test, which signalled the end of his international career.

The same tournament also saw Germany midfielder Effenberg sent home after he made an obscene gesture at the team’s supporters amid boos as he was substituted during a 3-2 win against South Korea. Boss Berti Vogts said that as far as he was concerned, Effenberg was “over as an international player”, and he subsequently made only two more appearances for the side.

The Manchester United midfielder’s departure from the Republic of Ireland’s pre-tournament training camp was one of the most memorable moments of the 2002 World Cup. He was unhappy with the standard of Ireland’s preparations, which boiled over into an expletive-laden bust-up with boss Mick McCarthy in front of the squad at their base on the Pacific island of Saipan. Instead of preparing to play the opener against Cameroon, Keane was kept busy by walking around Cheshire with his dog Triggs.

France striker Anelka was axed from his country’s squad at the 2010 World Cup in South Africa after falling out with coach Raymond Domenech. The forward, then at Chelsea, reportedly launched a verbal attack on the manager at half-time of their 2-0 defeat to Mexico. He refused to apologise and was ordered home by the French Football Federation – prompting a players’ revolt over how he had been treated – and was banned for 18 games, although he retired from international football before the suspension.