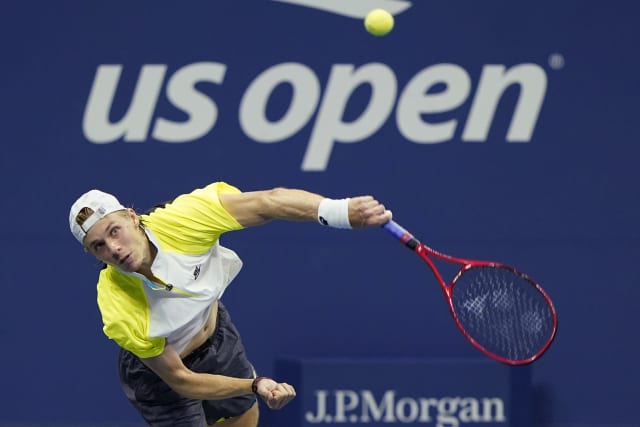 Denis Shapovalov had sympathy for Novak Djokovic following the world number one’s disqualification from the US Open and admitted he knows the pain Djokovic is going through.

Djokovic was thrown out of the tournament after he hit a line judge with the ball having just been broken in his fourth-round match with Pablo Carreno Busta.

The lines woman was hit in the throat, although was not seriously hurt, but Djokovic defaulted after lengthy talks with tournament officials.

Canadian Shapovalov, who made his way into a first grand slam quarter-final with a four-set win over David Goffin, has had a similar experience, having hit the umpire with a ball during a Davis Cup tie with Great Britain in 2017.

“First of all, it’s just super unfortunate for everybody,” Shapovalov said. “I mean, I’ve been in that situation so I know exactly how Novak is feeling.

“Of course, he had no intentions to go after the lines woman. Thankfully she’s OK. It could have ended up very, very bad.

“Luckily everybody is OK. Like I said, it’s just super unfortunate for everybody.

“Hopefully Novak can shake it off and move on. I mean, of course, he needs to grow and learn from this.

The 21-year-old, who now meets Carreno Busta in the last eight, has a chance to benefit from Djokovic’s exit as his half of the draw is now wide open.

“It’s definitely super exciting to be in my first quarter-finals of a grand slam,” he added.

“Obviously I had the run I think it was three, four years ago making fourth round. To kind of get over that hump, make my first quarters, it’s a huge boost for me to see that my hard work’s paying off.”