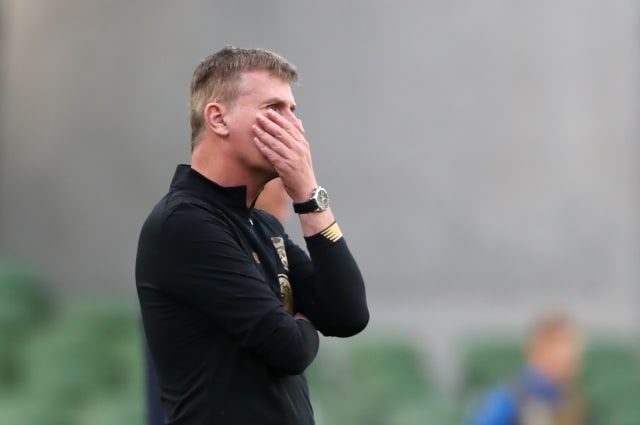 Stephen Kenny launched his reign as Republic of Ireland manager as the new Nations League campaign got under way.

A 1-1 draw in Bulgaria and a 1-0 home defeat by Finland prompted mixed reviews as Kenny attempted to make his mark from the off.

Here the PA news agency takes a look at what we learned.

Time is a precious commodity

Kenny took up the reins with a very definite plan in mind, and it was fundamental in nature. Having set up his Under-21s team to play a progressive, possession-based game, he intends to take the same approach with the senior squad, which has adopted a more prosaic approach in the decades since Jack Charlton’s abrasive approach paid such dividends. It will not happen overnight and Kenny’s players, who are still in pre-season, will need time to fully assimilate his ideas over an extended period with next month’s Euro 2020 play-off in Slovakia never meant to fall under his remit.

Start as you mean to go on

Eyebrows were raised when the Football Association of Ireland turned to its domestic league in the search for the next but one manager for the national team. However, the former Dundalk boss, who served an 18-month apprenticeship with the Under-21s before replacing Mick McCarthy, wasted little time in making his mark. He handed 19-year-old striker Adam Idah and 21-year-old midfielder Jayson Molumby, players he already knew from the junior ranks, senior debuts and relegated skipper Seamus Coleman to the bench to give the in-form Matt Doherty his chance.

Idah, who started both games, is the latest in a long line of men to attempt to fill Robbie Keane’s boots. Keane, who scored 68 goals in 146 senior appearances for Ireland, both records, has predictably proved to be irreplaceable since he retired from international football in 2016. Jonathan Walters and Shane Long have made important contributions since, as has midfielder James McClean, but while it is perhaps unfair to expect one man to pick up such a weighty baton and run with it, there is a long-standing vacancy for a regular goalscorer.

The brand of football Kenny wants to play demands that his attacking midfielders and full-backs get themselves as high up the pitch as they can in possession to supply a mobile front three. There were always going to be teething problems from a side which has largely operated a safety-first policy under previous managers and it was noticeable that central defenders Shane Duffy and John Egan were left exposed on several occasions over the two games as Ireland were hit on the counter.

Don’t throw the baby out with the bath water

While Kenny’s philosophy revolves around using a greater share of possession to create and convert more chances, it was noticeable that perhaps his team’s best opportunities in both games fell to Duffy from Robbie Brady corners, one of which he he took in Sofia. The Republic have too often had to rely upon their ability to bully teams from set-pieces, but they do boast excellent delivery from the likes of Brady and Conor Hourihane and Duffy’s aerial prowess is too valuable a weapon to mothball altogether.