5 Talking Points as the Premiership play-off battle hots up 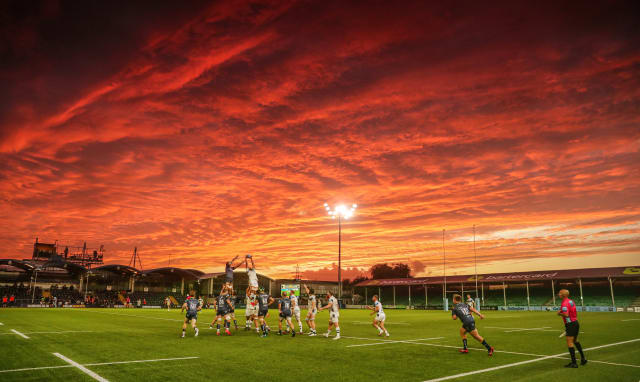 The Gallagher Premiership continues at pace this week with another round of games on Tuesday and Wednesday.

Here, the PA news agency looks at some of the talking points heading into a key group of fixtures

The play-off race is hotting up

With every Premiership game, apart from Harlequins’ crowd pilot clash against Bath on Saturday, being played behind closed doors since the competition restarted last month, home advantage has seemingly diminished. Sixteen of the 30 games played so far have been won by away teams, but if home territory still counts for anything, then Sale must take advantage. They have four games left, and three – against Saracens, Bath and Worcester – are at their AJ Bell Stadium.

Sale boss Steve Diamond said following his team’s win at Leicester on Saturday that Exeter are “a step above everybody,” and it is hard to disagree. They are 13 points clear of the rest, and victory over Sandy Park visitors Gloucester on Wednesday would see the Chiefs confirm a play-off spot with three regular season games remaining. They have contested the last four Premiership finals, and Twickenham appearance number five surely beckons.

Games have come thick and fast since the Premiership restarted in mid-August following its five-month absence due to the coronavirus pandemic. The schedule has so far seen five rounds of matches played in just 23 days, and there will be no let-up, with some clubs also facing European knockout fixtures later this month. It puts an added emphasis on squad management and player rotation as selection is inevitably mixed and matched. It is a testing time for rugby directors and head coaches, as well as players.

Whatever happens in the second midweek round of Premiership fixtures since restart, it is unlikely to challenge England captain Owen Farrell’s disciplinary fate for headline news. The Saracens fly-half faces an online hearing on Tuesday evening after his sending-off for a dangerous tackle during Saturday’s league defeat against Wasps. A ban appears inevitable, meaning he would miss Saracens’ Heineken Champions Cup quarter-final against Leinster on September 19.