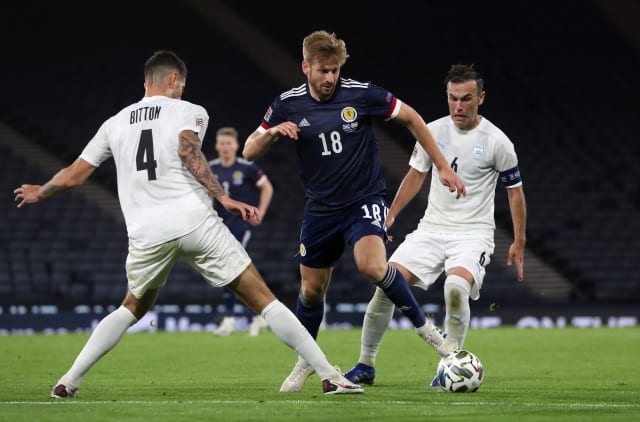 Stuart Armstrong admits the build-up to Scotland’s game against the Czech Republic has taken him into new territory.

Steve Clarke and his squad have to quickly evaluate a new-look Czech squad for the Nations League encounter in Olomouc on Monday night after the original group were stood down amid a coronavirus threat.

Following the Czech Republic’s 3-1 away win over Slovakia on Friday night, the Czech FA declared their second group fixture against the Scots had been called off.

This followed West Ham midfielder Tomas Soucek and Roma striker Patrik Schick being told to self-isolate following contact with a backroom staff member who tested positive for the virus.

However, after UEFA insisted on Saturday that the match would ahead, the Czech FA confirmed that they will have “new players and staff members” representing the country.

The 28-year-old Southampton midfielder said: “I have never experienced a whole squad change shortly before the game is due to kick off.

“But at the end of the day it’s a game of football. We prepare as we have been. It’s not altered our preparation at all in terms of training.

“It will be a challenge because it’ll be a fresh squad we’re facing but we’re looking forward to it.

“It’s going to be a challenge for everyone involved, really, because you prepare for certain individuals to play, as you would any other game.

“And so for that to change quite dramatically is unusual. The preparation will probably be shorter than usual. But that’s something we have to deal with as a team and go into the game as we would any other.”