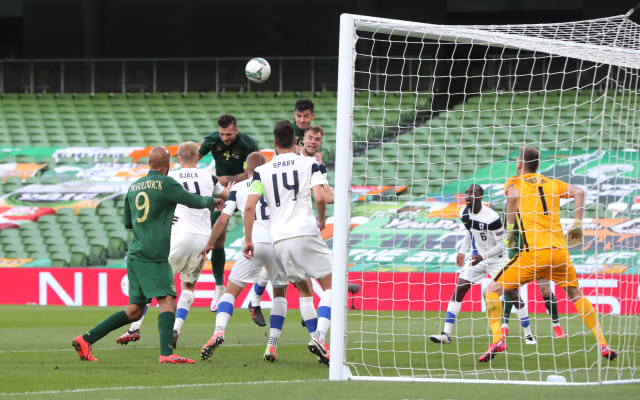 Republic of Ireland skipper Shane Duffy has urged his team-mates to believe in themselves as they attempt to bounce back from their Nations League disappointment by qualifying for Euro 2020.

Ireland will head into next month’s play-off in Slovakia on the back of a 1-0 home defeat by Finland three days after a 1-1 draw in Bulgaria which left new manager Stephen Kenny still awaiting a first victory.

They were undoubtedly rusty with the players still effectively in pre-season, and Duffy is confident they will be in significantly better shape to implement Kenny’s masterplan when they reconvene.

The central defender said: “We’ve got to pick ourselves up. We’ve still got to believe and trust what we’re doing. It’s still early days.

Ireland turned in a distinctly ordinary first-half display at the Aviva Stadium but were just building up a head of steam when substitute Fredrik Jensen, who had only been on the pitch for 18 seconds, scored what proved to be the winning goal.

They might have lost more heavily had it not been for the excellence of keeper Darren Randolph as they chased an equaliser, which might have come at the death when Duffy headed just over from Robbie Brady’s corner.

The disappointed captain will now head for Scotland to start his loan spell a Celtic and will do so determined to prove his critics wrong after admitting to errors in both games.

Duffy said: “I know people say what they want to say about me, but I can defend in one v one situations. I’ve done it in the Premier League and in international matches, but it’s an easy excuse for people to write or say that I can’t defend against one v one.

“But I back myself and I don’t see many players really getting the better of me. At centre-half, you’ve got to deal with quick players. It’s just the position I’m in.