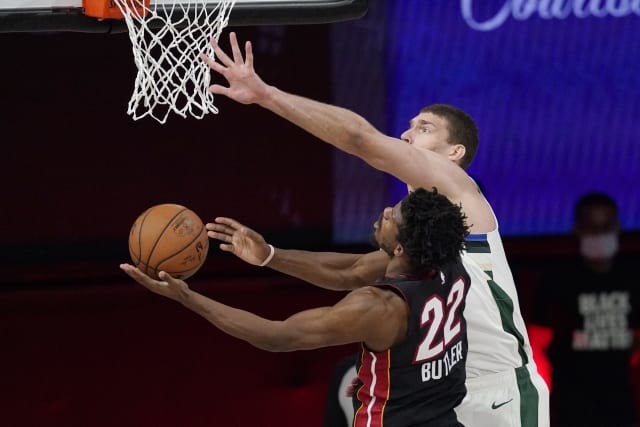 The Miami Heat are one game away from upsetting the Milwaukee Bucks and securing a spot in the Eastern Conference finals after a 115-100 win.

The Bucks ended the regular season with the league’s best record, but were on the end of a resurgent Heat who put on 40 points in the fourth-quarter to take a 3-0 lead in the best-of-seven series.

The Bucks led 87-75 going into the fourth quarter but only managed to score 13 in the last 12 minutes as Jimmy Butler registered 17 to seal the comeback.

Butler top-scored for the Heat with 30, while Bam Adebayo put up 20 points and had 16 rebounds.

In the Western Conference semi-finals, the Houston Rockets took the first game against the Los Angeles Lakers 112-97.

James Harden scored 36 points while Russell Westbrook had 24 for the Rockets, who were taken to a Game Seven by the Oklahoma City Thunder and only had one day of rest heading into the game.

Anthony Davis top-scored for the top seed in the Conference with 25, while LeBron James finished with 20.