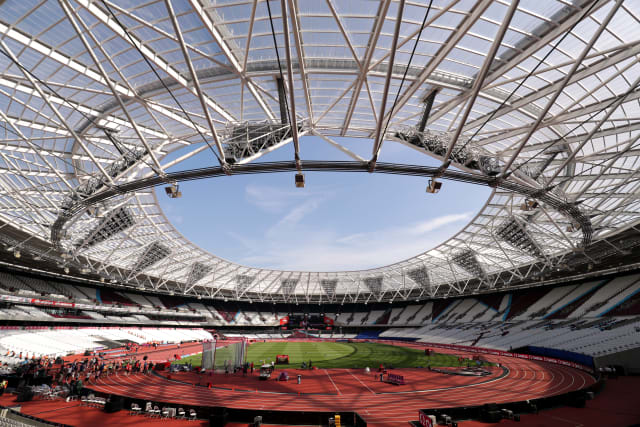 British Athletics chief executive Joanna Coates says there may not be two Diamond League meetings held in the country next year, stressing the need for things to “financially make sense”.

The two that had been scheduled for this year, in London and Gateshead, were cancelled due to the coronavirus pandemic.

Asked if there would definitely be two in 2021, pandemic permitting, Coates said: “I’m not going to say yes to that.

“We are absolutely looking at our event portfolio, and we’ve got to look at whether they financially make sense to us. And if they don’t, then we potentially might not have two.

“They’re all part of the discussions. It’s a moving landscape. I’m not going to categorically say we would have two.”

When then asked if there was a chance there would not be any, Coates said: “I would like to think we wouldn’t lose the Diamond League in this country but, again, it has to make commercial sense for us. We cannot take the sorts of losses we have taken on some of our major events.

“I would hate to think we wouldn’t have a Diamond League, and if we were to have one I would imagine it would be London because that’s where it makes commercial sense to have it.”

Coates was speaking at the British Athletics Championships in Manchester, the final meeting in the organisation’s broadcast deal with the BBC.

She said talks were ongoing with the BBC and other broadcasters, that discussions have been “very positive” and she would “ like to get something sorted pre-Christmas if possible.”

Coates also said she feels keeping a major terrestrial presence is “very important”, before adding: “You always have to weigh up money versus reach and those are the sorts of conversations I’m going to be having. Is there opportunity for dual broadcast there? There’s lots of different ways we can carve up this broadcast to ensure we still have a reach.

“Everybody wants the cash to come in, but we still need a lot of people to see athletics to get us back where we were sort of 10 years ago. What’s also key is we have a partner that helps rebuild the sport with us.”

Coates, who began work in her role earlier this year and appointed Sara Symington as performance director last month and Christian Malcolm as Olympic Programme head coach this week, added: “The sport over the last few years has, unfortunately, dropped in the ratings when you look at other sports, and that’s disappointing.

“We know the situation we’ve been in and we’ve started to come out the other side now. The sport has fallen back a little bit, but we are definitely on the up.”

A number of notable names were not involved in this year’s British Championships. Among them was Dina Asher-Smith, who did not defend her 100 metres title on Friday evening, while Mo Farah and Katarina Johnson-Thompson were in Diamond League action in Brussels.

Before the rescheduling due to the pandemic, the championships had been set to happen in June and double as Olympic trials.

Coates said: “Obviously it’s been a very strange year. Normally I’d hope this would be an Olympic trial, therefore all our top athletes would be here.

“I think this goes a long way towards rebuilding trust, and them wanting to have connection with us and that much closer relationship, which I’m absolutely convinced Christian and Sara will do.

“I would like to see this as an Olympic trials and that they have to compete in the British Championships.

“I’m not going to criticise athletes for the choices they make because our whole new strategy is going to be about putting our athletes first.

“I understand they’ve had big pay cuts, that they’ve got obligations to sponsors, that they need the money from competition.

“But of course it’s disappointing, because we want big viewing figures.”