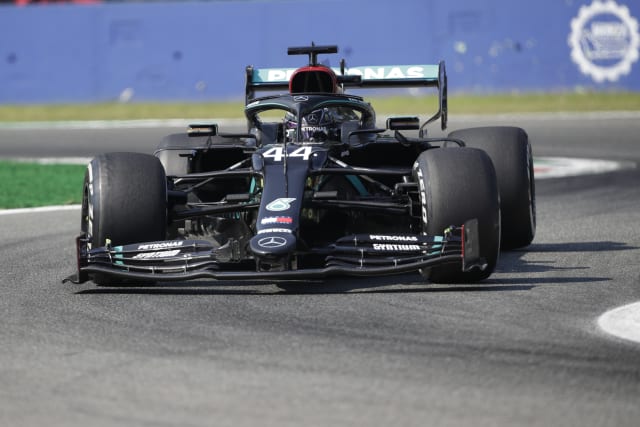 Bottas saw off championship leader Hamilton by 0.245 seconds here in Monza as Mercedes continued their dominance of the campaign.

Verstappen lost control of his car through the left-right-left kink, sliding through the gravel and ending up in the wall.

Verstappen knocked his front wing during the impact before reversing out of the barrier and limping back to the pits.

The Dutchman, who is 47 points behind Hamilton in the standings, was sidelined for the next 25 minutes as his Red Bull team repaired his wounded machine.

But he was able to return to the track, finishing in fifth place, nine tenths off Bottas’ pace. His team-mate Alexander Albon was third, 0.797 sec slower than the leading Mercedes, while Daniil Kvyat spilt the Red Bull pair in fourth.

While it was business as usual for Mercedes at the front, Ferrari’s troubles showed few signs of easing at their home race.

The scarlet cars failed to occupy the top 10, with Charles Leclerc in 11th, 1.2 sec slower than Bottas. Sebastian Vettel ran wide at the Parabolica, before finishing last but one of the runners in 19th.

The four-time world champion was 2.3 sec off the frontrunners’ pace.

Elsewhere, Pierre Gasly was sixth for Alpha Tauri ahead of Racing Point’s Sergio Perez and British driver Lando Norris in his McLaren.

George Russell handed over his Williams keys to reserve driver Roy Nissany – who finished 18th – for the opening running here.

But the 22-year-old Briton will be back in the cockpit when the second session gets under way at 3pm in Monza.