The fallout from England’s last meeting with Iceland 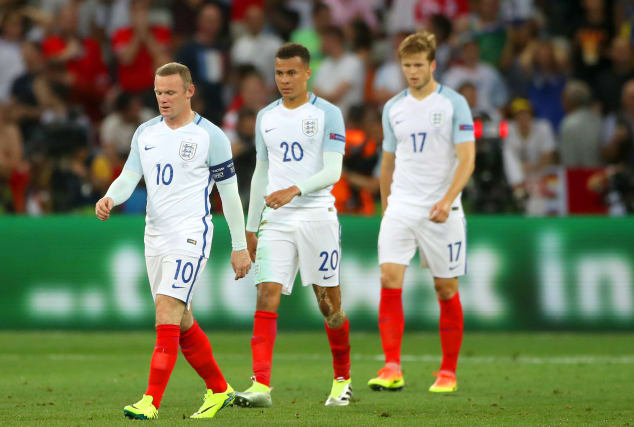 England travel to Iceland on Saturday as the two countries prepare to meet for the first time since the Three Lions suffered a shock Euro 2016 exit.

Roy Hodgson’s side were beaten 2-1 in Nice as Iceland pulled off a remarkable result in the last-16.

Here, the PA news agency takes a look at some of the fallout that was felt in the aftermath of the embarrassing defeat.

Having finished bottom of their group at the 2014 World Cup, Hodgson was already on thin ice heading into the European Championships two years later.

A late win over Wales was the only victory the Three Lions achieved in France before being dumped out by Iceland – with Hodgson stepping down almost immediately.

He would then appear at a press conference the following day, where he gave a terse address: “I don’t really know what I’m doing here. I think my statement last night was sufficient,” he said.

“I’m no longer England manager, my time has been and gone. But I was told it was important for everybody I appeared.”

FA led by a non-football man

Glenn would be tasked with finding Hodgson’s replacement, so his admitted lack of football knowledge did not fill the country with much hope.

The first man the FA turned to was Sam Allardyce who, after inviting the likes of Bradley Walsh and Paddy McGuinness into the England camp to raise morale, was sacked just one game into his tenure after falling foul of a newspaper sting.

Gareth Southgate would take temporary charge as Glenn and his cohorts seemingly stumbled accidentally into appointing the man who would start the process of reconnecting the England team with their fans.

Wayne Rooney would end his international career as England’s all-time top goalscorer and the most capped outfield player in the history of the Three Lions.

But, bar bursting onto the scene at Euro 2004, his success in tournament football was easily measured in the fact it took him until the 2014 World Cup to break his duck in that particular competition.

Deployed in midfield by Hodgson, Rooney may have given England the lead from the penalty spot but the rest of his performance left plenty to be desired as Iceland ensured his final crack at international silverware ended in dismal defeat.

Gary Neville’s coaching career is over

As Hodgson departed, so did his coaching staff – most notably assistant Ray Lewington and coach Gary Neville.

Neville, a decorated defender with Manchester United and a man with 85 England caps to his name, retired to then carve out a career as an award-winning football pundit.

His two forays into coaching ended in disaster, his run with England dovetailing with a three-month spell as head coach of Valencia – which saw supporters turn on him and his side following a string of abject performances.

The kids are all right

It was not all negatives for England despite such a shock result against a country with a population similar to that of Leicester.

A number of the younger players given a chance by Hodgson have gone on to blossom for club and country since.

Harry Kane – memorably and incomprehensibly put on corner-taking duties by Hodgson – is now England captain and won the Golden Boot at the 2018 World Cup.

Raheem Sterling, meanwhile, was jeered by England fans during Euro 2016 but is now one of the first names on Southgate’s team-sheet having scored 10 times in his last 11 internationals.

Others who continue to be relied upon include Marcus Rashford, a late substitute in Nice, Dele Alli, and Eric Dier.

Pep Guardiola would like to ‘stay longer’ at Manchester City