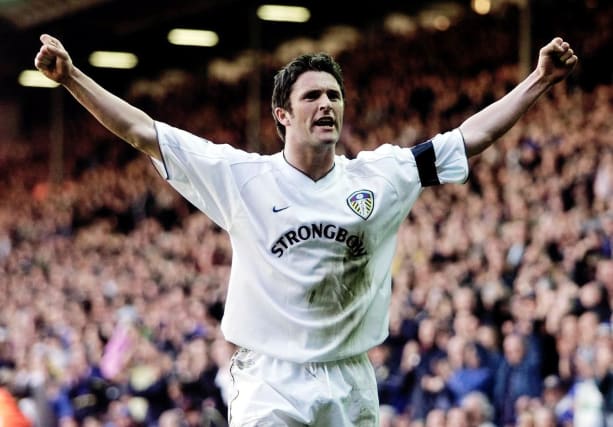 Robbie Keane has predicted few Premier League teams will look forward to facing promoted Leeds as they prepare to embark upon their first top-flight season for 16 years.

Keane, who spent 20 months at Elland Road after returning to England from Inter Milan, initially on loan, in December 2000, was hugely impressed with what the Yorkshire club did last season under Marcelo Bielsa and is confident they can more than make a fist of life back in the big time.

The former Republic of Ireland striker, who will play for the Soccer Aid World XI against England on Sunday, told the PA news agency: “I think they’ll be fine.

“Put it this way – I don’t think many teams will look forward to playing Leeds in the Premier League, especially the way they play.

“Will he play the same way? I think he will because that’s the way he always does it.”

Keane, however, believes that the squad which won the Sky Bet Championship by 10 points last season will need to be strengthened if it is to establish itself in the higher division.

Valencia striker Rodrigo and Freiburg defender Robin Koch have already been added to the mix, but Keane knows the recruitment process can be testing for newly-promoted sides.

He said: “It’s not as easy as people think it is to go and sign players. It’s quite expensive to just get okay players who are nearly £20million, £30million now, where before you were getting top, top players.

“It will be interesting to see in the market, but they certainly have the right manager there to guide them in the right direction.”

If Bielsa and his players need any further inspiration as they prepare to set about their task, they need only to look a few miles down the M1 to neighbours Sheffield United.

The Blades made light of the step up to the Premier League last season, eventually finishing the campaign in ninth place after threatening to gatecrash the European places, although Keane insists Leeds should be content with more modest goals.

Asked if they could match the feats of their rivals, he said: “What Sheffield United did was incredible, wasn’t it? Let’s be honest, if they achieved that, it would be incredible.

“For Leeds now, the most important thing is to stay in the Premier League, certainly for this year, and make sure that they don’t come up and go straight back down again because that would be a disaster.

“It’s taken them 16 years to get back up and that’s a long long time. But I think if you asked any Leeds fan and the players, try to do as well as you can this year to stay in the league and then build on that momentum for the next couple of years.”

Robbie Keane is playing in Soccer Aid for Unicef, which takes place on Sunday 6th September, live and exclusive on ITV and STV from 6.30pm. Every £1 donated will become £3 thanks to the UK Government and Gavi, The Vaccine Alliance.