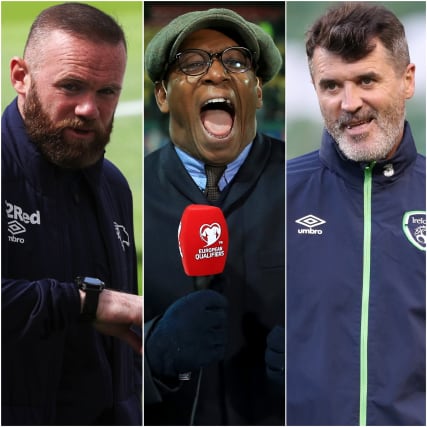 Here, the PA news agency looks at some of the best examples from September 4.

Wayne Rooney as you have never seen him before.

And he is already tapping into the knowledge of some managerial greats.

Ian Wright cannot wait to get back in the studio with Roy Keane!

Takes one to know one.

Skills to pay the bills.

Phil Foden was on target.

Shkodran Mustafi and his hamstring are back on speaking terms.

Hope it wasn’t a no-ball!

Ben Dunk must have lost a bet!

Although he wasn’t sure on the rules…

But he is sure he wants more Test wickets after racking up 500 earlier this summer.

Jos Buttler is ready for the Aussies.

And Kevin Pietersen cannot wait to watch it unfold.

Rafa Nadal had Andy Murray worried for a while…

Novak Djokovic was fired up for his US Open third round clash with Jan-Lennard Struff.

Dillian Whyte is set for his rematch.