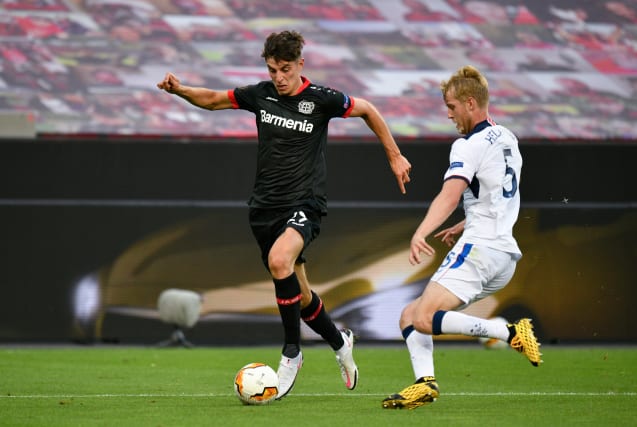 Kai Havertz has left Germany’s national camp in a bid to finalise his transfer to Chelsea, Bayer Leverkusen have confirmed.

The 21-year-old has been on the brink of a move to Chelsea for some time, and now Leverkusen have given him the green light to complete his switch.

Havertz’s move should now represent a new club record transfer for the Blues, with a fee possibly rising as high as £90million including add-ons.

Leverkusen and Germany have granted Havertz permission to leave the national team to complete the formalities on his long-mooted Premier League move.

“Kai Havertz has left the Stuttgart headquarters of the German national team to clarify matters surrounding a potential move to Chelsea,” Leverkusen confirmed.

“This took place after a discussion with Bayer 04 and DFB leadership.”

Havertz is now due to have a medical in London, and is in line to become Chelsea’s sixth senior signing of the summer.

The highly-rated forward should also command a new record fee for a Chelsea signing, eclipsing the £71million paid for goalkeeper Kepa Arrizabalaga.

France Under-21 defender Malang Sarr has signed on a free transfer and will head out on loan but boasts huge promise, while Brazil stalwart Thiago Silva has arrived from Paris St Germain.

The Blues have battled past their transfer ban and losing talisman Eden Hazard to Real Madrid last summer, with Lampard impressing in a challenging first year at the helm.

“I exchanged ideas with Oliver Bierhoff and Jogi Low over the past few days,” said Voller.

“They understand the special situation of the player and also of us as a club.

“We are grateful to the national coach that Kai can now sort things out with our support on site in London.”