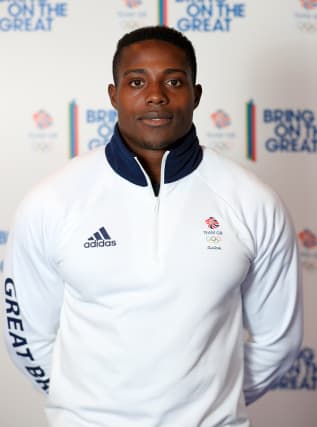 Harry Aikines-Aryeetey stressed he would be savouring the achievement after he brought a long wait to an end by claiming 100 metres gold at the Muller British Athletics Championships on Friday.

Posting a time of 10.35 seconds at Manchester Regional Arena, the 32-year-old became British champion for the first time at the 12th attempt.

Ojie Edoburun, the 2019 winner, came second in 10.43 and Tommy Ramdhan third in 10.44, with Andrew Robertson ending up fourth after a fast start.

The race did not feature the likes of Zharnel Hughes and Adam Gemili.

Aikines-Aryeetey said: “I know it’s bittersweet in the fact that not everyone is here, but I decided to come and I can only beat who is here.

“It feels amazing. I’m not going to be British and say I’ve got to wait until next year, that’s the one that matters – I’m going to enjoy this moment and I’m loving it right now.

“Some of us chose not to prepare for championships, some of us tried to. I saw an opportunity to carry some speed into next year.”

He added: “We need to celebrate moments like this. 2020 has taught us so much that things can be taken away from us, we’ve lost people, we’ve lost time with individuals and we’ve lost the opportunity to enjoy. So I’ve been given a gift right now and I’m going to appreciate it.”

Lansiquot said of what is her first British title: “It means the absolute world. It’s been an absolute dream of mine to be a national medallist, and I’m actually a champion so I’m going to use that momentum for next year.”

Last year’s champion Dina Asher-Smith was another notable name not involved in the meet, as were Mo Farah and Katarina Johnson-Thompson, both of whom were in Diamond League action in Brussels on Friday.

The event, taking place in Manchester for the first time since 2007, had originally been scheduled for June and set to double as trials for the Tokyo Olympics before the Games were postponed for a year due to the coronavirus pandemic.

Jazmin Sawyers triumphed in the long-jump, with Manchester’s defending champion Abigail Irozuru coming second. Sawyers jumped a season’s best 6.69m as she reclaimed a title she also won in 2016.

Cindy Ofili retained her 100m hurdles title, clocking 13.16 seconds as she finished four hundredths of a second ahead of 17-year-old Lucy-Jane Matthews.

Hannah Cockroft triumphed in the 400m wheelchair race, posting a time of 1:00.19, and fellow Paralympic champion Sophie Hahn won the 100m ambulant race. This is the first year the championships has included para events.