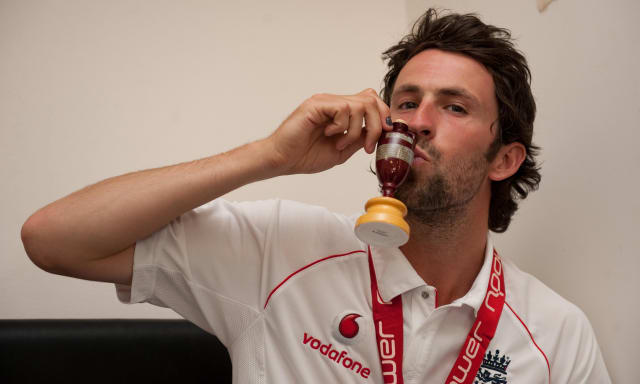 Former England seamer Graham Onions has announced his retirement from professional cricket due to injury.

The 37-year-old, an Ashes winner who played nine Tests and four one-day internationals for his country, was advised to call it a day on medical grounds after suffering a back problem earlier this summer.

Onions took 723 wickets in 192 first-class outings during a 16-year career that started at home county Durham.

Onions played an integral role as he made Durham a force in county cricket, winning three County Championships in six years and becoming the county’s leading first-class wicket-taker with 527 scalps, before arriving at Old Trafford in 2017.

He took 32 Test wickets for England, helping them beat Australia in the 2009 Ashes, and also played his part with the bat in defiant 10th-wicket stands as he denied South Africa twice at the death to secure draws in 2010.

Onions wrote on Twitter: “It is with great sadness that I have to announce the end of my professional playing career.

“Past players have said to me, you will know when you are done. This isn’t the case for me, I still have the hunger to better myself and win matches for Lancashire County Cricket Club but unfortunately I have been advised to stop playing on medical grounds.

“Over the years I have been incredibly honoured to have represented my home county Durham. Making my debut against Derbyshire back in 2004. Winning Durham’s first County Championship in 2008 and retaining it in 2009 and 2013 were highlights.

“Being capped for Lancashire, a county with great tradition was a huge honour and I even played a few games for England! Getting on the honours board at Lord’s and winning the Ashes in 2009 were very proud moments. Memories I will never forget.

“I am incredibly proud of what I achieved. I would like to thank all the members that have supported me and everyone who has played a part in me achieving my goals.

“But a special mention goes to my mam, dad and sister for always supporting me but most of all my amazing wife Emma and my beautiful kids, Olly and Esme. You have encouraged me throughout my career, always supporting me to pursue my dreams and achieve my goals. Thank you.

“This is not the way I wanted to bow out of this amazing game but I feel very lucky to say I have no regrets. I would like to be remembered as someone who always gave 100 per cent for the team on and off the field.

“Moving forward, I now aim to channel my passion and love for cricket in a coaching capacity.”

Onions has worked with Lancashire’s young bowlers and will continue to do so for the rest of the 2020 season.