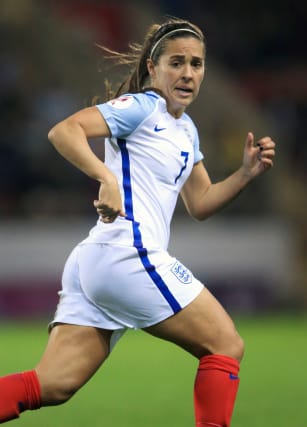 Fara Williams, England’s most-capped female player, believes the upcoming Women’s Super League season will be the most competitive yet.

The Reading midfielder feels high-profile international signings made over the summer could prove to be a boon for the WSL as it resumes this weekend.

Williams hopes a busy summer of a recruitment is a sign of the rising profile of the WSL, however, and has not simply been caused by the early resumption of play in England.

“I’m hoping that they recognise that our league is one of the best in Europe, if not the best, and that’s why they’re choosing to come and play here,” the 36-year-old said.

“I hope it’s not just a Covid league until everybody else can play, but it’s fantastic that these players want to come.

“It highlights how professional the league has now become and I’m really looking forward to what I believe is going to be the best season since the league started.”

Williams is also hopeful that the new faces will help reinstate the visibility of the women’s game, after a post-World Cup wave of public interest was interrupted by the coronavirus outbreak.

“I think the signings that have now come over to our game will regenerate interest quite quickly,” Williams said.

“We want to see top players over here, I actually believe that we’ll have more fans come out after this than we had before.”

Although a pilot event admitting 5,000 fans into West Ham’s WSL clash with Arsenal on September 12 has been planned, all other games in the league are currently intended to be played behind closed doors.

Williams anticipates that female players will adapt quickly to the muted atmosphere caused by a lack of fans due to their experience playing for small crowds.

“I guess in the women’s game we’re still trying to grow, so in terms of playing without crowds or big numbers, we’re used to that,” she said.

“The game has certainly developed and we have a lot more fans than we did years ago but it is something that the game has grown up with.”

Reading were in fifth position before the 2019-20 season was abandoned, with their 2018-19 campaign also producing a fifth-placed finish.

The overriding goal for the side is to elevate themselves from that spot this season and begin to challenge the ever-present top three of Chelsea, Manchester City and Arsenal.

“That’s our aim every season, to try and get in amongst them and finish around the fourth area,” Williams said.

“We know it’s really difficult to break into that top three. With pre-season being so short, it’s which team gels the quickest and is able to get those points on the board early that will determine where we finish up.”

Reading’s first fixture of the term is an away clash with Arsenal on Sunday, a team familiar to Williams as she represented the London side during the 2016-17 season.

“We really try to upset them and disrupt their style so hopefully if we can execute our game plan it will be an exciting game for people to watch,” she said.

This season BT Sport is showing more Barclays FA Women’s Super League matches than ever before. The season kicks off with Aston Villa vs Manchester City on Saturday 5 September live on BT Sport 2 and available for free on btsport.com, BT Sport App, YouTube and Facebook from 2pm.