Cameron Norrie beaten in US Open third round 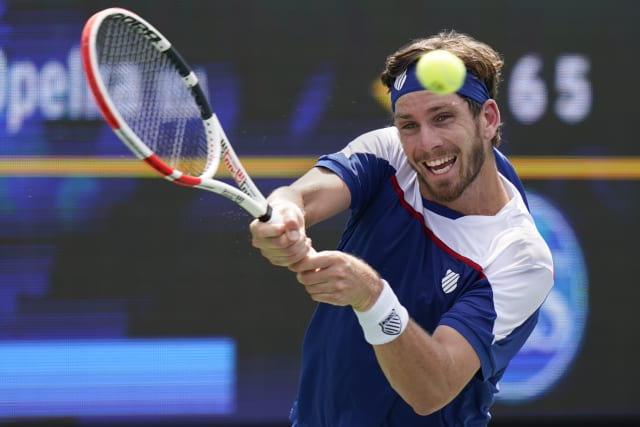 Victories over ninth seed Diego Schwartzman and Federico Coria made it Norrie’s best grand slam showing, and he looked to have a very good chance of reaching the last 16 against a 21-year-old opponent ranked just inside the top 100.

Having lost a first set he might well have won, Norrie hit back well in the second set and the omens appeared good when he broke to lead 2-1 in the third.

But from there he lost eight straight games and was unable to mount a recovery, with a tally of 57 unforced errors telling its own story.

Davidovich Fokina, a former Wimbledon junior champion, is not typical of a Spanish player, with a penchant for lobs, drop shots and underarm serves – although he kept the latter in his locker here.

He might well have lost the opening set had he not pulled off a miraculous reaction volley down 4-5 0-30.

He played much the better tie-break and Norrie, who had saved 32 break points in his first two matches, withstood three more in the fourth game of the second set before breaking himself for 3-2.

He converted that into the set and made the better start to the third, but from there it completely ran away from him, with Norrie apparently struggling with his eyesight and hugely frustrated by his dramatic slump.