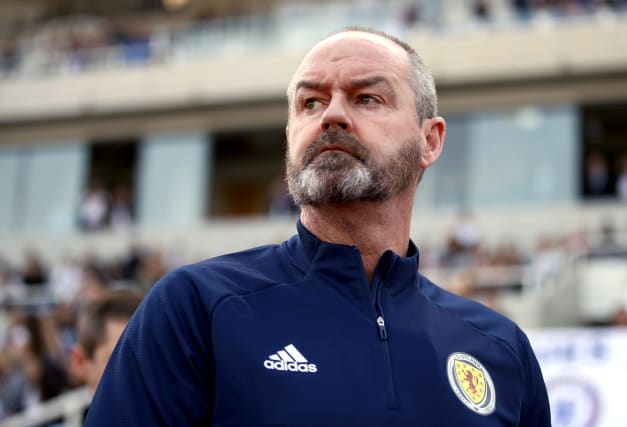 Steve Clarke has stressed that Scotland’s clash with Israel on Friday is “no dress rehearsal” for their play-off semi-final next month.

The Scots start their 2020/21 Nations League group campaign with a home game against Israel at Hampden Park and a trip to Czech Republic on Monday.

Scotland’s play-off match against Israel, which has a possible place at the delayed Euro 2020 at stake, was scheduled for the national stadium in March but cancelled due to the coronavirus crisis and will now take place on October 8, before home Nations League matches against Slovakia and the Czech Republic.

Clarke is adamant that all the focus is on Friday night.

“No dress rehearsal,” said the former Scotland defender who has “probably” got 10 out of the 11 positions nailed down.

“I don’t think you can do that with your country. You have to win the next game.

“So Israel at home, in the Group B section of the Nations League and we focus on that.

“Every game that you represent your country is important and tomorrow night will be no different and three points would be a good start.”

Scotland go in to the game on the back of three wins against San Marino, Cyprus and Kazakhstan but the last of those came last November.

On getting his squad back together, Clarke said: “For me it’s been a godsend after nine-and-a-half months without a camp. It has been great to get the boots on and get back on the grass.

“We’ve had a really good week. Lots of information, lots of refreshing the players’ memory from how we finished the last campaign which was on the back of three good wins and we look to carry that momentum forward.”

The former West Brom boss will let the authorities deal with any Czech Republic coronavirus concerns ahead of their meeting on Monday.

The Czechs have been forced to retest their entire squad after a member of the backroom team returned a positive result and the unnamed official has been ordered into quarantine.

Asked about the situation, Clarke said: “I could go down the boring old route and say I am concentrating on the game tomorrow but in the current situation and the strange times that we’re in, we have to look a little bit beyond that.

“I’ve just been updated on the situation. The authorities will deal with it. It’s not really for us to comment on. You’ve got to have a little bit of empathy for the Czech Republic because it could happen to any international squad around the world at any time.

“So hopefully everyone who’s involved in it is fine and safe and comes out of it healthy and after the Israel game we’ll have a look and see what the situation is and how the authorities deal with it and then we’ll just get on with it from there.”

Clarke, though, was far from pleased with the widely negative reaction to Oli McBurnie withdrawing from the squad and then appearing in a Sheffield United friendly.

Blades boss Chris Wilder and Clarke both said they were in agreement with the decision and McBurnie insisted he was “ready and willing” to play for Scotland.

Clarke said: “I thought it was over the top. What I’ve said, what Chris Wilder said and what Oli has added to it, should just put that situation to bed.

“I think people, before they go shouting off about something, should try and get the full facts. When we met up on Sunday, Oli hadn’t had one minute on the grass.