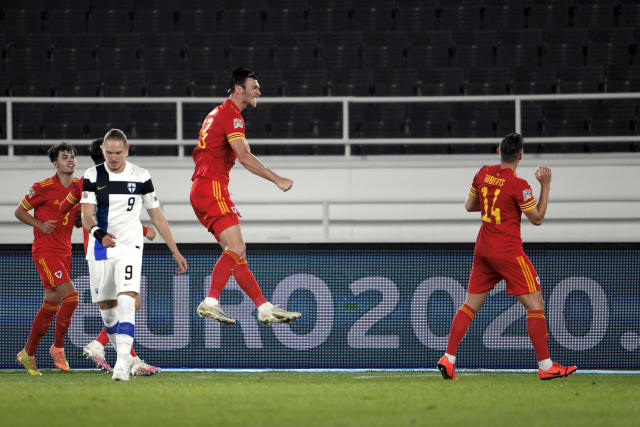 Ryan Giggs praised Wales’ desire and focus after seeing his side start their Nations League campaign with victory in Finland.

“It was difficult because not many of the players have had minutes on the pitch being so early in the season,” Giggs said.

“A lot of the Finnish players have played games and are more match fit.

“But I thought we worked really hard, showed good desire and concentration.

“We got a little bit of luck with Finland hitting the post, but Wayne (Hennessey) didn’t have a save to make and overall I’m really pleased.

“It was a difficult game, not many chances, and for us to win this game, start of the group away from home, I’m really pleased.”

Hennessey set a new clean sheets record for Wales with his 35th shutout, eclipsing the 34 managed by Neville Southall in the 1980s and 1990s.

Skipper Gareth Bale had a quiet game on his first start since February.

Bale has been out in the cold at Real Madrid and was withdrawn at half-time.

“There was no problem,” said Giggs, who handed debuts to Dylan Levitt, who started, and substitutes Neco Williams and Ben Cabango – the 16th, 17th and 18th players to make their first starts under his stewardship.

“It was the plan before the game to play 45 or one hour. He was fine, I just decided to bring him off after 45 with Sunday in mind as well.

“He’s the player who’s had least training sessions, so we knew it was going to be difficult.

“I think it’s difficult for all the managers juggling the two matches in a short space of time so early in the season.

“With an eye on Sunday (Wales play Bulgaria in Cardiff) I thought 45 minutes was good enough and long enough for Gareth.”

Finland, who have also qualified for the delayed 2020 European Championship, had won nine of their previous 10 home games.

But apart from Leo Vaisanen’s extraordinary second-half miss when he struck the post two yards out with the goal gaping, Finland carried a minimal threat.

Finland manager Markku Kanerva said: “Neither team had many chances. Both teams defended well but unfortunately one lapse in our defence made the difference.

“There are disappointed players in the dressing room as we felt we could have got more out of this game.

“However, this was the first time we have played with this formation and we will see what it will be like on Sunday in Dublin.”