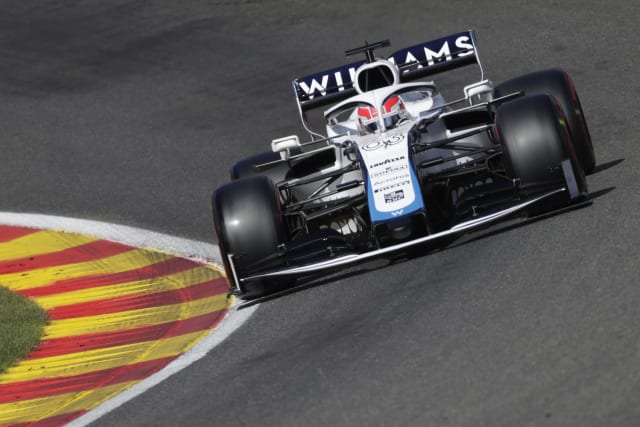 Prince William’s brother-in-law will be on the board of the Williams Formula One team after an historic chapter in British sport closed on Thursday.

Sir Frank Williams, who founded the constructor in 1977, and his daughter Claire, who assumed the day-to-day running of the team seven years ago, announced that the Italian Grand Prix in Monza will be the family’s 739th and concluding race.

The Williams team is the third most successful in the sport’s history, behind only Ferrari and McLaren. They have won 114 times and 16 combined drivers’ and teams’ titles.

Sir Frank, 78, and Claire, 44, arrived at their decision in the days leading up to this weekend’s race. Williams sold up to US investment firm Dorilton Capital last month to save the team from going out of business. They will continue to be called Williams and operate out of its Grove headquarters in Oxfordshire.

But it was announced on Thursday that James Matthews, who is married to Pippa Middleton – the younger sister of Catherine, Duchess of Cambridge – is on the company’s new-look board of directors.

Matthews, 45, competed in the junior ranks of motorsport in the 1990s before moving into finance. He is the CEO of Eden Rock Group, a London investment advisory firm, which he co-founded in 2001.

Chairman of Dorilton Capital, Matthew Savage, and Darren Fultz, the firm’s co-founder and CEO, will also sit on the board.

It is understood that the new owners, who could be in Mugello next weekend, wanted Claire to stay on in her role until the end of the season, but the sport’s sole female team boss decided to bow out with immediate effect.

Despite their great success in the 1980s and 1990s – producing Nelson Piquet, Nigel Mansell and Damon Hill as world champions – Williams have won just one race in the last 16 years. They have finished bottom of the constructors’ championship for the past two seasons, and are without a point in 2020.

“It is with a heavy heart that I am stepping away from my role with the team,” said Claire Williams. “I had hoped to continue my tenure long into the future and to preserve the Williams family’s legacy into the next generation.

“However, our need to find inward investment earlier this year due to a number of factors, many of which were outside of our control, resulted in the sale of the team to Dorilton Capital.

“My family has always put our racing team and our people first and this was absolutely the right decision. I know in them we have found the right people to take Williams back to the front of the grid while also preserving the Williams legacy.”

Claire Williams’ interim successor is likely to be announced in the coming days, with Simon Roberts thought to be the frontrunner. Roberts spent 17 years at McLaren before joining Williams as the team’s managing director in May.

Dorilton are likely to get a new team principal in time for next season, and sources close to the team say they could look outside of the paddock.

Lewis Hamilton, the six-time world champion, is bidding to extend his 47-point lead in Monza this weekend.

Commenting on the Williams exits, he said:  “I am a big fan of Sir Frank and his incredible contribution to the sport.

“He was always one of the people I respected, and he is probably one of the most honest people in Formula One. It is the end of a chapter but their legacy will continue.”

British driver George Russell is competing in his second season for Williams.

He added: “I wouldn’t be where I am today without Frank and Claire.

“They gave me my shot in F1, like they have done for so many drivers, engineers, mechanics and countless others over the years. Thank you for everything. We’ll keep driving like hell to honour the Williams name.”