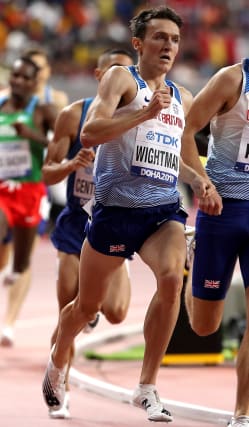 Jake Wightman will be hunting 800 metres success at this week’s Muller British Athletics Championships in Manchester, three weeks on from the memorable 1500m run he produced in Monaco.

The 26-year-old posted a time of three minutes 29.47 seconds as he came third over the longer distance at the Diamond League meeting on August 14.

As well as being his new personal best, the time put him second on the all-time British list headed by Mo Farah, above Sebastian Coe, Steve Cram and Steve Ovett.

While Wightman’s aim is to claim a medal in that event at next summer’s rescheduled Tokyo Olympics, his focus right now is on the 800m as he prepares for the British Championships that get under way on Friday.

Wightman told the PA news agency: “You come to a British Championships hoping to walk away as champion, and to do it in an event which isn’t my primary event would be even better.

“Because it’s not a trials year, it’s a good chance to do a different event and have a little bit of a change.

“So that’s why I’m looking forward to testing myself over 800, to see how competitive I can be over that, and then next year go back to the 1500 when it matters a lot more.

“This year was mainly focused around trying to run quick over 800, so it will be a nice test.”

Wightman, who came fifth in the 1500m at last year’s Doha World Championships and secured bronze medals in 2018 at the European Championships and for Scotland at the Commonwealth Games, admits his confidence has been boosted by what happened in Monaco.

Reflecting on the that race, he said: “I ran a PB over 1500 in Doha, and I didn’t think I’d be able to go quicker this year.

“So I surprised myself with that alone, and for it to be under 3.30 and to go faster than those guys is a pretty big deal.

“To be able to say I have run quicker than that is something I’m pretty proud of, but I’m still a long way off being able to be compared directly to them.

“But it’s definitely given me the confidence to think I can try to replicate some of the stuff they did.

“I’m lucky enough to have come across Steve (Cram) and Seb a fair bit and to get little bits of advice – their big thing was they were so confident in what they could do and their ability to be able to go out and win races and I feel like I’m starting to come into that now, which I need to try to make the most of.

“Even before I ran in Monaco I was hoping to go into Tokyo with a shot at getting a medal.

“There’s lots to think about before you can think about trying to get a medal, but the overall aim is to come back with something and I feel like I’m getting into the prime of my athletics career now age and development wise.

“So I hope I can make the most of that, and whether it’s this Olympics or the next one, I hope I can come away with a medal at one point.”

Wightman is coached by his father Geoff Wightman, who will be doing announcements in the stadium – where there will be no fans – during the British Championships.

Wightman said: “It’s just good to be able to race, and my Dad will still be on the mic, so hopefully he can create a little bit of atmosphere for us!”

:: Britain’s top athletes return to competitive action on home soil at the Muller British Athletics Championships on September 4-5, with live coverage on BBC2 from 18:00-21:00 on Friday and on BBC1 13:15-16:30 on Saturday. For more information visit www.britishathletics.org.uk