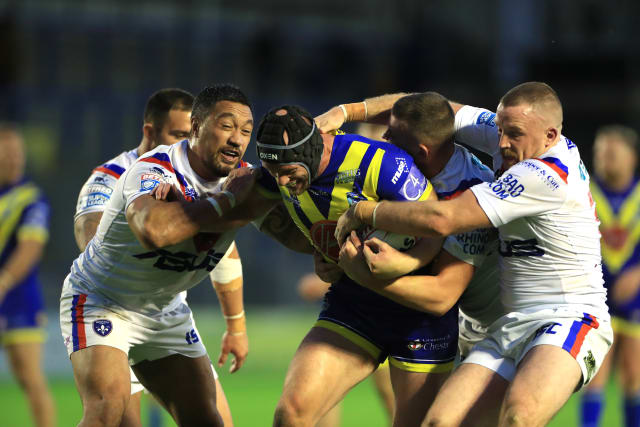 Another Betfred Super League match could be under threat after two Wakefield players have tested positive for Covid-19.

A decision is due on Wednesday over whether the Super League clash with Leeds, scheduled for Thursday night, will go ahead.

Wakefield have already postponed a training session scheduled for Wednesday morning following the results from the third set of tests in the last week.

One of the players featured against Warrington at the weekend and a test and trace analysis will be carried out on Sunday’s game to establish if any Warrington players will need to undergo isolation.

Neither player who tested positive were identified as at risk following the Coral Challenge Cup tie against Catalans Dragons on August 22, after which three Catalans players and a member of their backroom staff tested positive.

Catalans and Hull have both already had matches postponed after some of their players had tested positive, bringing the total number of matches affected to four.