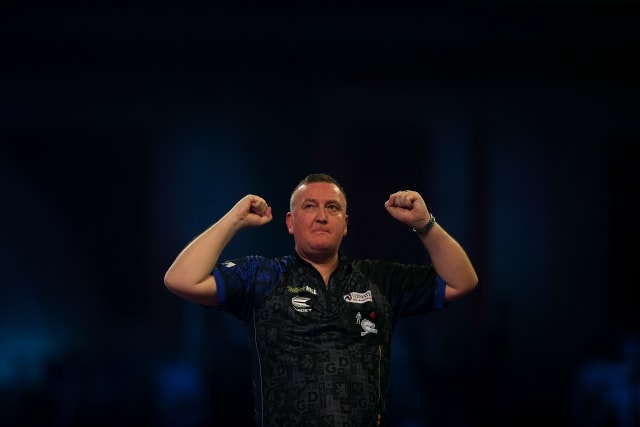 Scotsman Anderson looked on the brink of victory at 7-3, only to miss a string of doubles as Durrant rallied to level the match and maintain his impressive unbeaten run.

Van Gerwen, though, looked out of sorts as he was beaten 8-4 by Welshman Gerwyn Price to suffer a third defeat in four Premier League matches this week.

Dutchman Van Gerwen, three-time world champion, slipped down to fifth in the table while Price moves within a point of the play-off places.

Wright had recovered from 4-0 down to trail 6-4 when he landed two maximums followed by a 141 check-out on double 12.

However, Wright’s 103 average was not enough to secure victory against the Northern Irishman, who remains bottom of the table.

Nathan Aspinall edged out Michael Smith 8-6 in a tense encounter to climb to second in the table.

Durrant sits top on 17 points, four clear of Aspinall and Anderson. Wright is on 12 points ahead of Van Gerwen via legs difference, with Price and Smith both just a point behind.