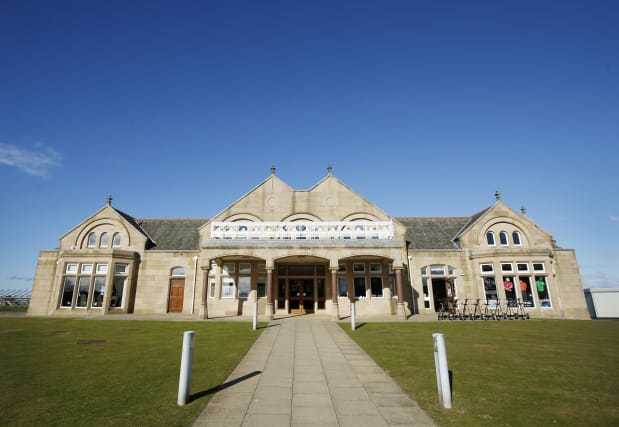 World number 304 Sophia Popov, who almost quit the game last year, defied the odds to complete an unlikely Troon double with a remarkable victory in the AIG Women’s Open.

The 27-year-old German took a three-shot lead into the final round and carded a closing 68 to finish seven under par, two shots ahead of Thailand’s Jasmine Suwannapura who returned a superb 67.

Suwannapura had closed to within a shot of Popov after four birdies in a row from the fourth, but bogeyed the 11th and 13th before rallying with birdies on the 16th and 17th.

Popov had dropped a shot on the first but bounced back with birdies on the second, third and sixth and responded to the pressure down the closing stretch with gains on the 15th and 16th before a bogey on the last.

Just three weeks ago Popov was caddying for her friend Anne Van Dam when the LPGA Tour resumed after the coronavirus stoppage at the Drive On Championship, with local caddies unavailable for the event due to Covid-19 restrictions.

And it then took a top-10 finish at the Marathon LPGA Classic in Ohio to qualify for the Women’s Open for the first time since her debut as an amateur in 2011.

An emotional Popov fought back tears at the presentation ceremony as she reflected on her remarkable performance.

“Honestly I don’t even know if I can get anything out of my mouth,” she said. “It feels amazing. There’s a lot of hard work behind it, a lot of struggles that I went through the last six years, especially health-wise and I’m just glad I was able to overcome everything and keep my head in it.

“I knew I was capable, I had a lot of obstacles thrown in my way and I’m glad I stuck with it. I almost quit playing last year so thank God I didn’t.

“It’s something I haven’t really talked about a lot before, but my rookie year I started having a lot of health issues and we didn’t even know what it was. It took a total of about 20 doctor visits three years later to figure out that I had Lyme disease.

“At that point it was so chronic, though, that I had just been struggling a lot with fatigue and I had like 10 different symptoms and it was a tough time to go through just because I didn’t know what it was, and it took so long to pinpoint exactly what was going on.”

Popov only arrived in Scotland on Tuesday after finishing joint second in a Symetra Tour event in Phoenix, but had no trouble adjusting to the huge change in temperature in her only practice round.

“It’s been really incredible,” Popov said. “Everyone said ‘How are you playing in Phoenix the week before the Open?’ and I said my focus this year was still the Symetra Tour. That was more important to me as far as the money list goes and the British Open to me was a bonus.

“I got here on Tuesday and said I know my game is in really good shape, I know anything’s possible and I took that belief with me to every round but I never expected this.

“I was uber nervous this whole (final) round and I’m just so glad I could get it done. It was definitely different than winning a Cactus Tour event.

“I guess it is an incredible story and I think that’s why I broke down on the 18th hole because it’s been something I couldn’t have dreamed of just a week ago, and it’s incredible that golf allows for these things to happen.”