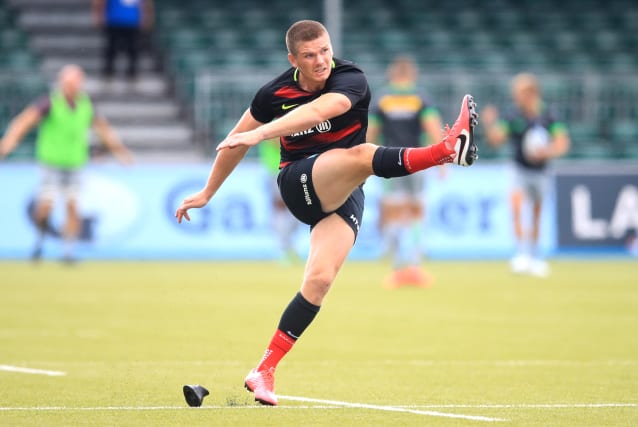 Owen Farrell has warned the Gallagher Premiership that Saracens are motivated to continue delivering on the domestic front despite their looming relegation.

Farrell bristles at the suggestion his double winners only have their European quarter-final against Leinster to play for after being punished by the league for persistent salary cap breeches.

The England captain made his 200th appearance for Saracens in Saturday’s victory over Harlequins having recovered from a minor thigh injury and is targeting a triumphant demotion from the top flight.

“Everyone says the Leinster game is the only competitive rugby that we are going to play – that it’s the only game that really means anything – but that’s not the case,” Farrell said.

“There are a few lads that signed deals to finish this season off and we want to make sure we do the end of this season properly.

“We want to enjoy playing together and the only way that you do that is by giving your all. We are working hard to make sure we give 100 per cent.”

Saracens boss Mark McCall reflected on the fraught win over Quins by stating his side are “very far away” from the level they need to be to topple Leinster on September 19.

“For the players, the only thing thing we now have to concentrate on is getting the best out of ourselves as soon as possible,” Farrell said.

“People talk about us having not much to play for, but we are trying to get the best out of ourselves now.”