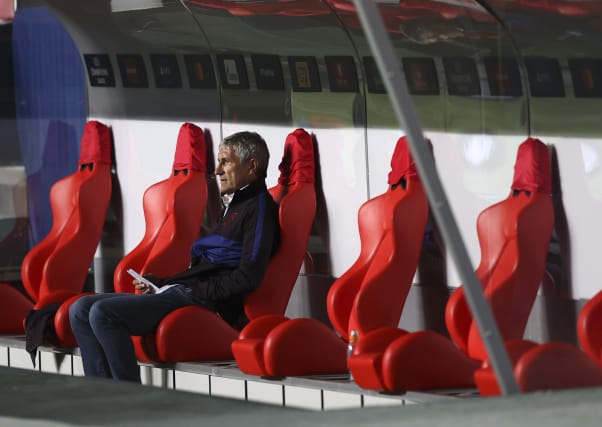 Quique Setien has left his role as Barcelona first-team coach, with a replacement set to be confirmed in the coming days.

The 61-year-old was expected to depart after Friday’s humiliating 8-2 loss to Bayern Munich in the Champions League quarter-finals.

Setien, who only replaced Ernesto Valverde in January, had signed a contract to keep him at the LaLiga outfit until the summer of 2022.

But an official club statement on Monday read: “The board of directors have agreed that Quique Setien is no longer the first-team coach.

“This is the first decision within a wider restructuring of the first team which will be agreed between the current technical secretary and the new coach, who will be announced in the coming days.”

Setien won 16 of his 25 games in charge of Barca, but it was his five defeats which proved crucial.

Even before Friday’s thrashing to Bayern Munich, the Spaniard was under pressure after he failed to stop Real Madrid clinching the LaLiga title.

The former Real Betis boss was also unable to lead Barcelona to success in the Copa del Rey either, with Athletic Bilbao knocking them out in the quarter-finals.

One of the problems for the new manager to solve will be the future of captain Lionel Messi, who will be out of contract next summer.