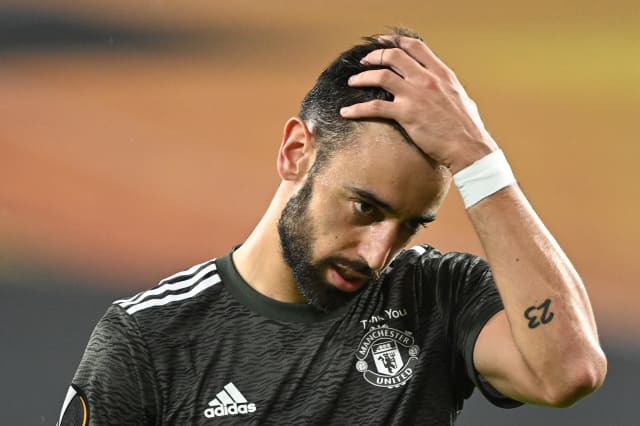 Manchester United's Europa League dreams went up in smoke as Ole Gunnar Solskjaer's men lost a third semi-final of the season despite dominating large parts of a tense clash with Sevilla.

A promising first full season in the Old Trafford hot-seat ends without silverware for the Norwegian, whose side wasted a glut of chances in Sunday's Stadion Koln showdown and were made to pay for lax defending.

United's despair was clear at the final whistle and they will be kicking themselves for a long time to come, having let this semi-final go the same way as their FA Cup and Carabao Cup campaigns.

Fernandes fired United ahead just eight minutes in from their 22nd penalty of the season but Suso levelled after catching the defence napping in a first half in which Diego Carlos could have seen red and conceded another penalty.

United made a blistering start to the second period but goalkeeper Yassine Bounou, whose penalty save was key in the quarter-final win against Wolves, made a string of superb saves to keep his side in the tie.

It provided Sevilla with the platform to grab victory and secure a place in the Cologne final, with substitute De Jong all too easily allowed to turn home Jesus Navas' cross to secure a shot at glory against Inter Milan or Shakhtar Donetsk.