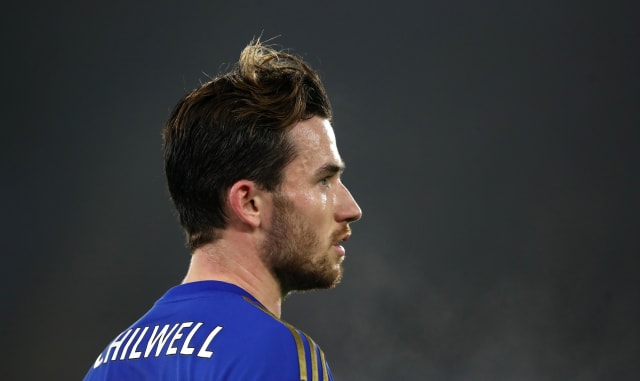 Chelsea are inching closer to a deal to sign long-term target Ben Chilwell from Leicester.

England star Chilwell has long been Frank Lampard’s first choice as a new left-back recruit, and the PA news agency understands Chelsea are moving towards an agreement with the Foxes.

Leicester had been holding out for a fee to match the £80million that Manchester United paid for Harry Maguire in 2019, but Chelsea will hope to bring that down in a structured deal.

Chilwell is understood to be keen on the move and the opportunity for Champions League football with the Blues.

New boss Lampard’s pulling power continues to entice a host of top players eyeing moves to Stamford Bridge, and the 23-year-old Chilwell falls into that category.

Lampard’s revamp is expected to continue at a pace, with Bayer Leverkusen’s Kai Havertz still in line to make the switch to Stamford Bridge.

The Blues have also been running the rule over a number of goalkeeping options, with Ajax’s Andre Onana and Burnley’s Nick Pope both mooted.

West Ham’s England star Declan Rice is another of Chelsea’s main transfer targets, and remains on the Blues’ radar.

Owner Roman Abramovich’s staunch backing has put Chelsea in a strong position in the transfer market, with the club able to offset the effects of the coronavirus more adeptly than several other Premier League outfits.

The Blues are renowned as robust but also respectful negotiators however, and are always content for transfer business to be conducted both in the right manner and in no hurry.

Chelsea’s rebuilding is also likely to see a number of first-team players depart in this transfer window.

Full-back Emerson Palmieri insisted he wanted to stay and fight for his Stamford Bridge future back in March, but Inter Milan have stepped up their pursuit of the 26-year-old and could prise him away from London.

Leeds are understood to be keen on recruiting Michy Batshuayi, but could require time to table an offer to meet Chelsea’s valuation for the Belgium striker.

Tiemoue Bakayoko could also leave the Blues on a permanent deal, with AC Milan keen on the 25-year-old France midfielder.

Bakayoko has spent the season on loan at Monaco, but the French club do not want to turn that stint into a permanent deal.

Chelsea captain Cesar Azpilicueta expects to be fit for the start of the new Premier League campaign meanwhile, as he fends off a hamstring strain.

The Spain defender conceded a penalty and suffered his hamstring problem in a luckless personal FA Cup final experience, as Chelsea lost 2-1 to Arsenal at Wembley.

The 30-year-old impressed across the course of the campaign despite Chelsea’s clear rearguard shortcomings, plugging gaps at right-back, left-back and in the centre of defence.

He has now handed boss Lampard a boost by insisting he will be ready to go when the new season kicks off on September 12.

“I am hoping to be fit for the start of pre-season,” Azpilicueta told Chelsea’s official website.

“I’ve been lucky enough not to have had many injuries in my career but unfortunately it happened against Arsenal.

“I’m working with the physio now with a programme from the club, while also spending a bit of time with my family, but mostly training and working on the pitch to recover.

“If everything goes well I will be ready to start pre-season as normal.”