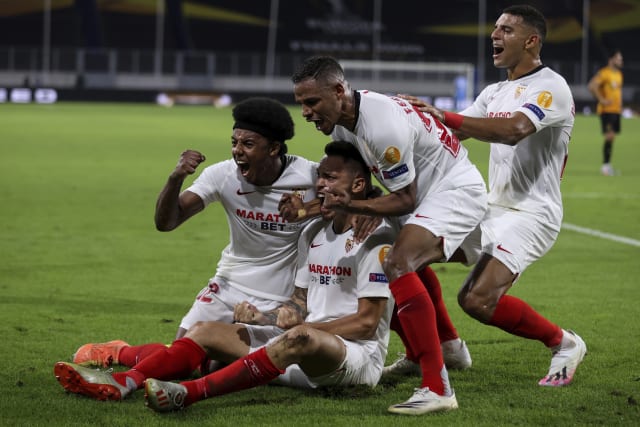 Ahead of the Stadion Koln encounter, the PA news agency takes a look at the Spanish side.

Sevilla have had a similar season to United in many ways, having shaken off a frustrating start with a fine second half of the campaign. Like Ole Gunnar Solskjaer’s men, they qualified directly for next season’s Champions League through the league. Julen Lopetegui’s team finished fourth in LaLiga, 10 points ahead of fifth-placed Villarreal, and travel to Cologne on a 19-match unbeaten run that stretches back to February. They have already won two games in Germany this month, having followed up their impressive 2-0 win against Roma in the last 16 by returning to Duisburg to beat Wolves 1-0 in Tuesday’s quarter-final.

Sevilla are the kings of this competition, having won it on a record five occasions. All of those successes have come since first lifting the trophy, then known as the UEFA Cup, in 2006, with further successes coming in 2007, 2014, 2015 and 2016. Sevilla have regularly proved the scourge of English opposition in continental competitions, beating Middlesbrough in that first triumph and Liverpool in their most recent. United know their threat all too well having fallen to a shock 2-1 loss to the Andalusians at Old Trafford in the Champions League in March 2018, when substitute Wissam Ben Yedder’s brace saw Jose Mourinho’s men tumble out in the round of 16.

A goalkeeper in his playing days, Lopetegui has saved his managerial reputation with a promising start to life in Seville. The 53-year-old signed a three-year deal at Estadio Ramon Sanchez Pizjuan last summer, having been sacked as Spanish national team manager just before the 2018 World Cup and then seen his Real Madrid career go up in smoke within months of taking the post. Lopetegui has won under-19 and under-21 European titles during his time in the Spanish youth set-up and managed Porto for 18 months.

Sevilla have a handy knack of finding rough diamonds and polishing them into superb players. The Andalusians are a well-organsied, technically proficient side boasting some familiar names to Premier League fans. Jesus Navas had a medal-laden stint at Manchester City before returning to his boyhood club, while midfielder Fernando also had a stint at Etihad Stadium. Suso spent period at Liverpool, with whom impressive defender Diego Carlos has been linked with a summer move. Lucas Ocampos, who scored the late winner against Wolves, has shone this season, while Ever Banega is an experienced head in midfield. Former Newcastle striker Luuk De Jong came off the bench against Wolves.