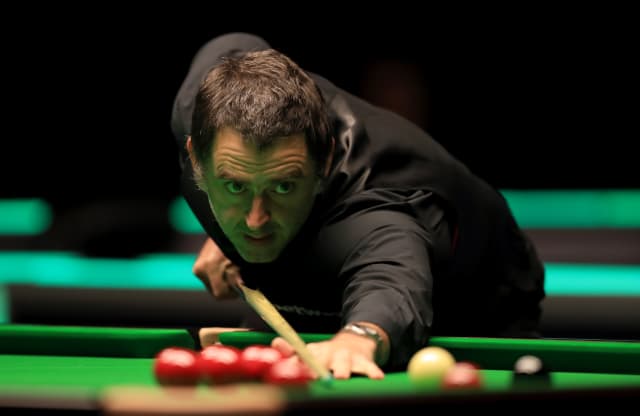 Ronnie O’Sullivan has branded the decision to allow fans back into the Crucible for the World Championship final this weekend “irresponsible” and motivated by financial gain.

O’Sullivan’s clash with Kyren Wilson, which starts on Saturday afternoon, will be the first to be played in front of a crowd since the opening day of the tournament, following a change in the government’s lockdown rules.

But O’Sullivan criticised the decision, saying: “When you look at other sports like golf, Formula One and tennis, they’re doing the responsible thing, which is playing with no crowd.

“I personally think it’s a little bit irresponsible but I get it from a cash perspective – there’s quite a few quid to make out there, so maybe just cram the Crucible with as many as they can, get a few more seats in there, and let’s take some cash!”

O’Sullivan was at his erratic and brilliant best as he reeled off the last three frames in a row to edge Mark Selby 17-16, albeit employing some safety tactics which clearly riled his opponent.

Referencing a handful of occasions in which O’Sullivan lashed at safety shots or snookers and sent the balls careering around the table, Selby told the BBC: “I think it is disrespectful to me and disrespectful to the game.”

Selby added: “Every time I put him in a snooker he just hit the balls at 100 miles per hour and they could have gone anywhere, I don’t know whether he was just in that frame of mind but I felt he was just disrespectful to me at the table.”

However O’Sullivan, who appeared otherwise intent on turning every post-match media question around to the state of his cue-action, broke his habit to shrug off Selby’s complaints.

Having watched Anthony McGill fail eight times in a row to get out of a snooker in the deciding frame of the other semi-final, O’Sullivan said: “I haven’t got a clue about getting out of snookers – I don’t want to give 40 points away so I’d rather just go for the fluke.

“He’s just feeling a little bit sore at the moment. It’s the semi-final of the World Championship and I understand that. Me and Mark are great friends and I’m sure he sees it the same way.”