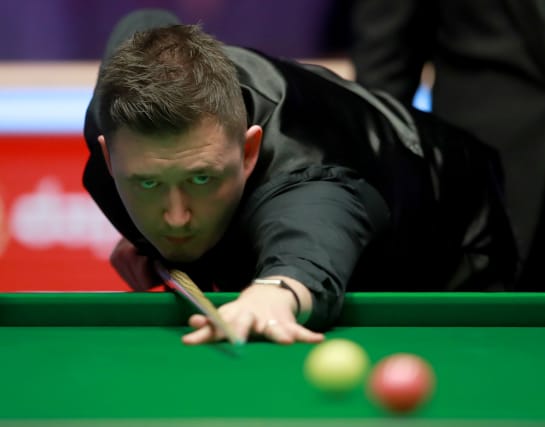 Kyren Wilson dragged himself right back into contention for a place in the final of the World Snooker Championship after mounting a concerted fightback against Anthony McGill.

Wilson, who trailed 6-2 in the best of 33-frame semi-final overnight, scored two centuries as he roared back to level it at 8-8 after the morning session.

McGill, so impressive in taking what looked like a commanding lead, potted just 47 balls in the session after spending much of it in his seat at the Crucible.

Wilson resumed in determined style as he attempted to claw back the deficit, taking the opening frame with a break of 100, the first century of the semi-finals.

An error by McGill handed Wilson the chance to make it 6-4 with a visit of 77 and although McGill stopped the rot by taking the 11th frame after his opponent had missed a difficult red, another mistake by the Scot during a safety exchange saw Wilson reduce the gap once again with a 73 break.

However, it was the Englishman who then faltered as he handed McGill a series of opportunities to steady the ship in a scrappy period of play, which he duly did to re-establish a three-frame lead.

Wilson recovered in impressive style with a clearance of 116 after McGill had left a red in the jaws following a re-rack in the 14th, although it took a good long blue to put him in the driving seat after he had run out of position following his opening pot.

He drew to within a single frame at 8-7 with breaks of 44 and 46 either side of a missed red to the middle by McGill, and having opened his account in the final frame with a three-ball plant, he eventually closed it out 76-0.